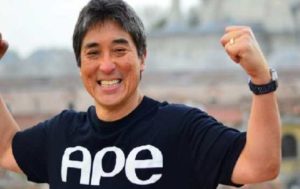 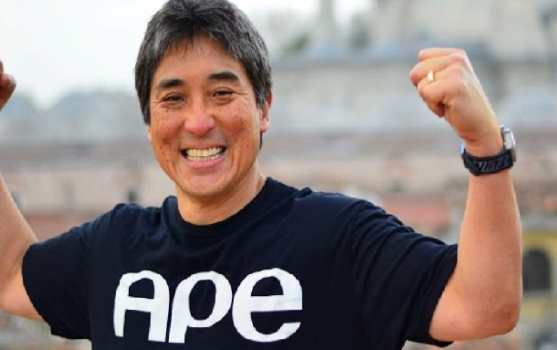 It is amazing that Apple Legend Guy Kawasaki thinks that Android is Better than iOS!

Former Apple Legend Guy Kawasaki who was marketing person for Apple since the original Macintosh and later became Apple Evangelist reveals to ReadWrite in his conversion, explaining the reasons why Android is better than iOS  and why Google’s operating system should support the Steve Jobs philosophy “Think Different” .

The Thunder are the words of Apple Legend Guy Kawasaki, former Apple employee recognized since the first Macintosh in 1984. Guy Kawasaki after he had served as “Apple Fellow” (title set up by the company from Cupertino to reward the best employees) becoming then “Apple Evangelist”.

People still quite surprised, but I do not use any products of iOS, none at all. I fell in love with an Android smartphone, then move on to Nexus 7, beginning to use the Google operating system on tablets also. The biggest irony is that Apple’s slogan was “Think Different”, but today if you think different you’re looking at Android.

Apple Legend Guy Kawasaki prefers tablet 7 “, but even the presentation of iPad mini made him change his mind,

If there was something irresistible about iPad mini that I would change on the Nexus 7. But what’s so appealing? Why change it?

Former Apple Evangelist went to Android almost by accident, because he needed a device with support for 4G networks, and initially got a Motorola Droid Razr Maxx, then replacing it with a Samsung Galaxy S3. Despite the release of the iPhone 5 on the market, with full support for 4G networks, Guy Kawasaki does not feel the change because he believes that Android is on top.

Another thing I like about Android is that it has stupid cables and accessories. Can I go to a hotel and if I forgot my cable I can ask for one at reception. Can I use all my devices with the same cable. What an extraordinary idea! A standard cable!

Words nothing short of shocking, considering the subject that he mentioned. But there is one little thing to consider. It seems that Kawasaki has recently had professional relationships with Samsung, and the South Korean company that has helped to publicize his latest book, What the Plus!: Google+ for the Rest of Us .

Apple Legend Guy Kawasaki denies that his claims are driven by his collaboration with Samsung, claiming he could buy any terminal like it.

Do not use Android because it’s cheaper or because grant him free in relation to the professional relationship had recently. Simply prefer it to iOS. So from the statement of Apple Legend Guy Kawasaki, it is clear that Why he thinks that Android is Better than iOS!