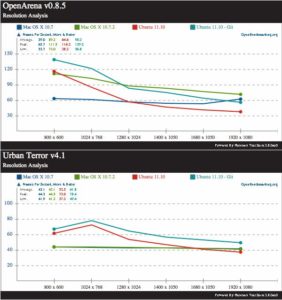 Historically, Apple has not given a lot of energy to its graphics drivers and 3D software was obtained identical consistently better performance Windows and Mac OS X. This was true at the lack of entraint Apple to optimize them but also because Windows drivers, developed by card manufacturers were selling points that show the power of the products against the competition between AMD and NVidia that does not exist at Apple. 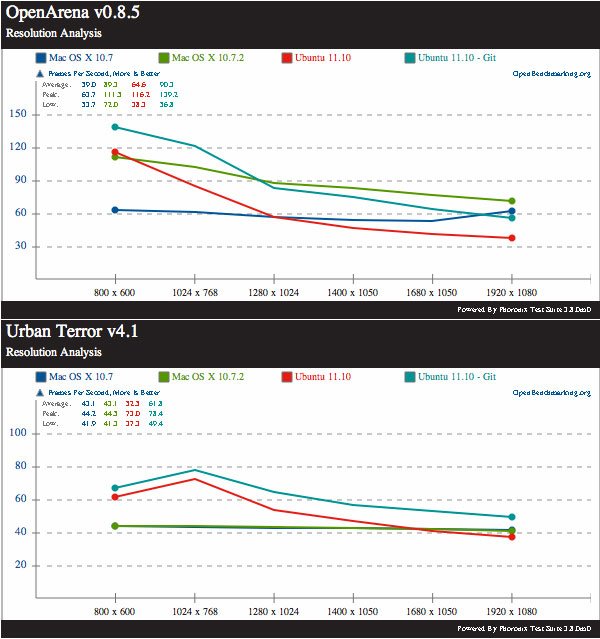 Things are now even further as evidenced by the site Phoronix.com  who compared the performance of an Intel 3D HD 3000 with a Mac mini running OS X and Linux, now that Intel to offer open source graphics Pilita for its integrated solutions.

As you can see, especially on the second graph, Linux drivers are more efficient than Mac OS X OpenGL, and the usual resolutions and usable to play. There is also the first graph the performance of those supplied with the 10.7.2 are lower than those prior to the versions in 10.7.

There are now only hope that one day Apple to agree to put more resources into its graphics drivers, adding that Intel provides them support more features of Open GL 3.