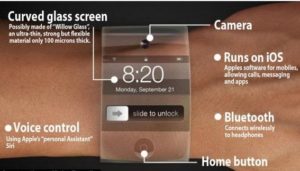 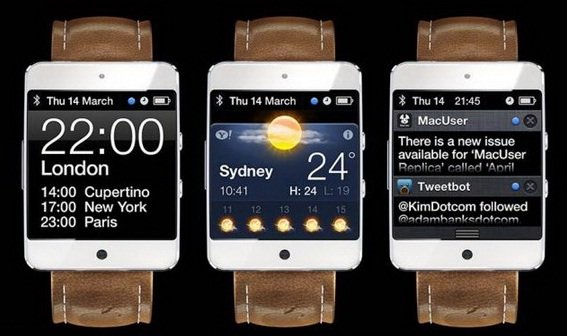 iWatch is considered one of the most remarkable technological devices this year. Although Apple has never officially confirmed information about the development of this device, but rumors around this smart clock with unofficial sources is from the apple is enough to prove show its existence in fact.

Before the appearance of the Google Glass on the market, Apple focused its research on a device worn on the person which have ability to compete with competitors . A number of recently published sources said iWatch continue to improve by more than 100 engineers at Apple headquarters in Cupertino, California. Not only that MacUser page has also recently published several very detailed images shows the designed iWatch expected .

Based on style design and layout of the interface device from Apple, the iWatch in the picture seems to be fairly accurate reflection of what we can imagine this device. Thereby, the strap of the watch will be designed like the type bracelet. In the normal state it looks like a tree ruler, straight. But when you get it hit on your hands, immediately it will wrap around your wrist thanks to a spring system made from stainless steel are arranged inside. 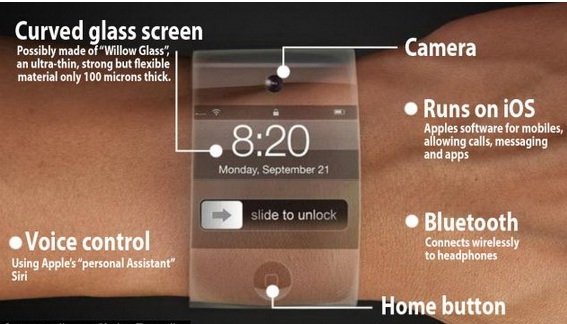 The screen of iWatch is more likely to be similar to the iPhone 5 . In addition, Apple may offer a smart solution for maintaining longer battery layout such as adding a loaded solar panels.

1 thought on “Specifications of iWatch”