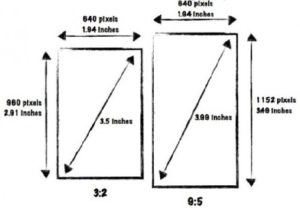 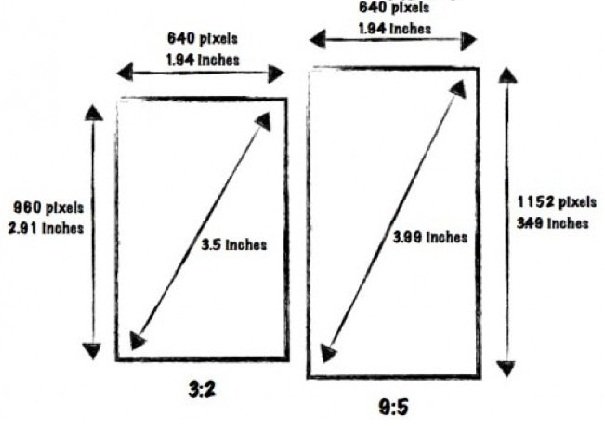 The reason seems that Apple is in the 3.5-inch , when it seems that the market shows that users want something bigger screens (although I doubt the 4.7 or 4.5 inches in some terminals are necessary), the unknown around the world, and whoever says otherwise is lying.

While it may be true that more than a design problem or the like, Apple just does not want to create a big problem between screens, resolutions, ratios, formats …

So I think in part the idea that we show from MacRumors, a mix of ideas to try to minimize the problem full of change and redeploy a resolution (and surely ratio) different.

The idea is to change only the ratio of the screen and consequently the height and number of pixels butnot the width thereof. In this way is achieved a screen with a size of four inches but with a slightly smaller width than other devices.

But more importantly, this change also helps all developers who have developed applications using the interface elements Apple development, since their applications will be “dropped” and therefore optimized automatically and without any extra effort.

The new iPhone could have a screen of 4 “inches 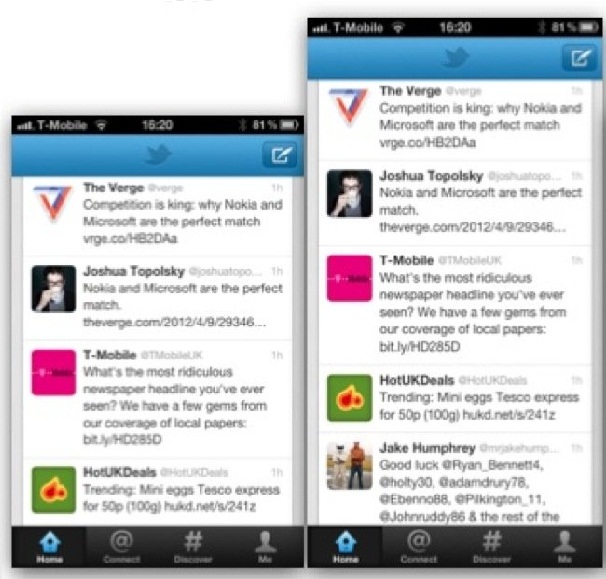 I have to admit that the ratio of the screen gives me much joy, I prefer (and by far) a screen with the current ratio , but only do miss seeing some “examples” of how some applications like Twitter would be to realize the great improvement.

In short, another of those “crazy” ideas of some users … the moment we have to wait to see if Apple actually includes a larger screen in its new terminal when it is launched.