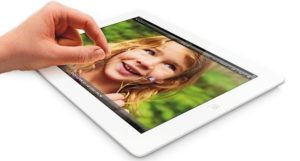 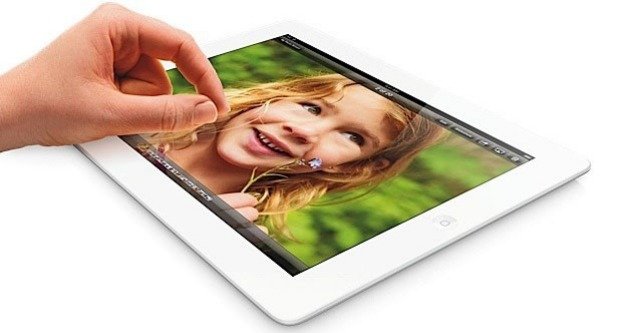 Apple on Tuesday, January 29 officially confirmed the information about plans to release a new version of the fourth-generation iPad tablet with a doubling measure of the amount of internal flash memory of 128 GB.The tablet is running an operating system iOS 6.1, which was released on January 28.It has the same features (screen, processor, memory, and so on), as the tablets, presented October 23, 2012.

Today, the company has sold for more than 120 million tablets. However, the updated iPad comes out in the most difficult time for the producer over the years. Less than a week ago, Apple released the reports disappointed investors, recognizing the low Christmas sales of the iPhone and iPad. Market increasingly wary of the prospects of the American company, conceding the smartphone market share of South Korea’s Samsung and do not keep up with the expansion of the range of competitors. Apple offers iPad devices since 2010. All plates, announced up to now, has either 16 or 32, or 64 gigabytes of memory. In iPad, in contrast to many devices on Android, there is no slot for memory cards.

The new iPad looks like an attempt to relieve tension and convince consumers there is no alternative of their own devices. In the absence of bright innovative inventions Apple just have to rely on cosmetic adjustments of existing market hits. During preliminary bidding Nasdaq news outlet for the iPad update pushed Apple shares up 2.3%. Since the publication of reports last week the company has lost tens of billions of dollars in market capitalization and the status of the most expensive public company in the world.