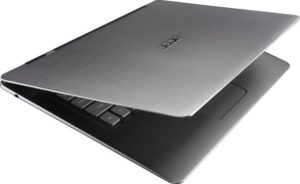 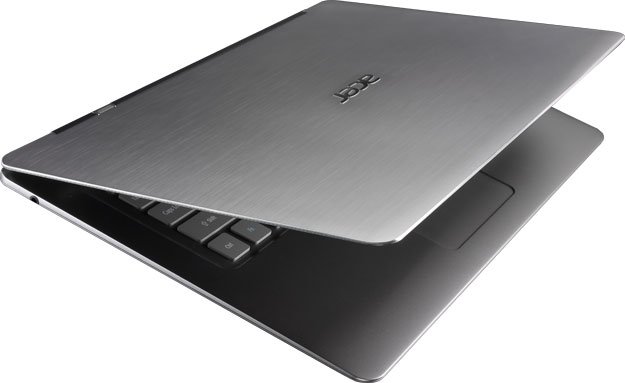 All the latest developments of Intel – series processors Ivy Bridge and a promising interface Thunderbolt – are used in today ultrabuke announced by Acer S5. New features high performance, stylish design and the relatively low cost in its segment.

Ultrabuk Acer S5 goes on sale early next week and will cost, according to the resource Electronista, at around $ 1000. Ultrabuki first-generation Sandy Bridge processors often cost considerably more expensive. Mobile computer is different really slim – its thickness does not exceed15 mm. And the weight of the “slim, handsome,” is only 1.2 pounds with battery.

The proposed so far only in classic black casing, ultrabuk Acer S5 contains a dual-core mobile processor Intel Core i5-3317U with low power consumption, frequency of 3 GHz and an integrated video card Intel 4000 HD.CPU controls the operation of RAM DDR3, the volume of which in this case is 4 gigabytes.Instead of the classic hard drive in full compliance with the requirements of Intel SSD is used, a capacity of 128 GB. It is initially preloaded operating system Windows 7.

1 thought on “Acer has Released a Very Thin Ultrabuk to Ivy Bridge and Thunderbolt.”