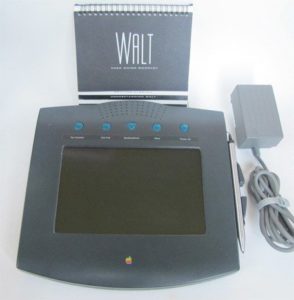 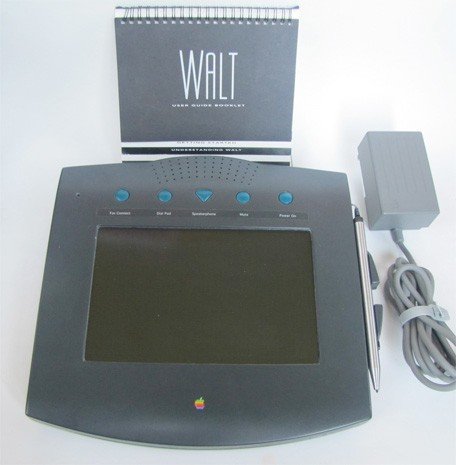 A very unusual item appeared in the catalog the Internet auction eBay. Someone with the nickname russel400 offers to buy the machine Apple WALT (Wizzy Active Lifestyle Telephone) “only” for $ 8,000. The device is an attachment to a desk phone, which allows you to substantially expand its capabilities.

The device, developed in 1993, has a very “advanced” for the time functionality. WALT has a touch screen with a stylus and is able to recognize handwriting. Device can serve as a fax machine, caller ID, handsfree device, and an address book, and gives the user access to certain banking services and options, custom ring tones, and fax.

For the first time, and once Apple introduced in 1993, WALT at MacWorld in Boston. In the mass production of the device for some reason never got – was released a few prototypes, one of which is now got on eBay.

The appearance 19 years ago, such a device on the market of course would be a notable event. Unfortunately, this did not happen, but now Apple WALT certainly of interest to wealthy collectors and fans of the company from Cupertino.