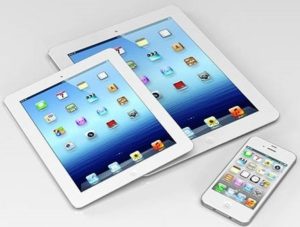 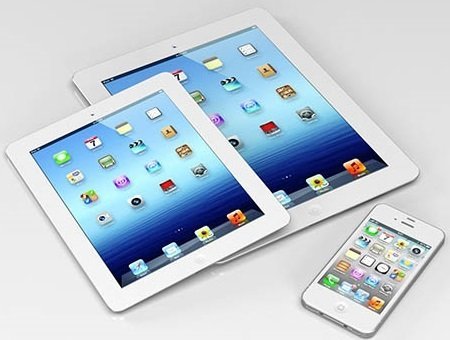 What would be your choice.?

Currently, the iPad is the most successful tablet on the market. However, in the market there are a variety of tablet products in models with many powerful advantages such as Kindle Fire, Samsung Note 10.1, the Samsung Tab 2 …

1. iPad – the most successful tablet.

With huge sales, iPad proved it completely deserves the top throne in the tablet market segment.

Increasingly, Apple has upgraded many as sharp Retina display with high resolution, quad-core processor with graphics, higher capacity and extended access to the iTunes App Store.

Kindle Fire is a tablet computer designed for high-demand entertainment such as reading, nge music and Amazon’s proprietary app store. Amazon has improved the screen size to 7.9 inches, which provides the ability to store, wifi better sensitivity and a front camera for video chat Skype.

But this product is not yet meet the demands of high-quality applications and a number of other features. In November, Amazon will launch a new version of Kindle Fire with screens up to 8.9 inches.

Nexus 7 is the first tablet of the software giant Google. 7 inches tablet with attractive price can not be more than $ 199, powered by a quad core Tegra 3 processor and the latest version of the operating system Android 4.1 Jelly Bean.

Besides, with a beautiful screen, ergonomic design integration with Google services such as Gmail, Calendar, Reader, Nexus 7 also allows users to access Google Play, store the contents of Google applications , music and Movies. This is one of the top of the tablet products on the market.

Barnes & Noble Nook Tablet offers a superior reading experience, the screen crisp smooth working 9 inches va performance with reasonable price. Add to that, Barnes & Noble has its own operating system in order to facilitate users to buy eBooks and run the application.

Latest Model 16GB and 32 GB, both equipped with a micro SD memory card and will be released in late October.

Samsung is very proud of the product Galaxy Note 10.1 WXGA display screen size of 10.1 inches, a resolution of 1280×800 pixels (far below the resolution of the iPad 3.) Although the operating system is running on a bit “outdated” Android Ice Cream Sandwich tablet but Galaxy Note 10.1 is equipped with the power of quad-core Samsung Exynos processor speed of 1.4GHz, 2GB RAM, motherboard capacity is 16GB or 32GB.

It supports 32 GB micro SD memory card slot and built-in functions such as eye-catching interface, split the screen in half. In addition it, Galaxy Note 10.1 is equipped with 1 stylus.

Priced to compete with Kindle Fire $ 200, the Galaxy Tab 2 with 7 inches screen runs on the latest Android 4.0 operating system and dual-core processor speed of 1GHz. Not only that, the Galaxy Tab 2 screen has a resolution of 1024x 600 pixels average.

Overall, the Galaxy tab two parameters property is average, but if you prefer to tablet devices running the Android operating system on which the budget is limited, this is a perfect choice for you.

At first glance, it looked like the kind of “smart cover” Apple now I recommend together with the iPad tablet, however shell from Microsoft “smart” than when it includes a keyboard and multi-touch trackpad . Combining the casing, the look and function of Surface no different from conventional computers.