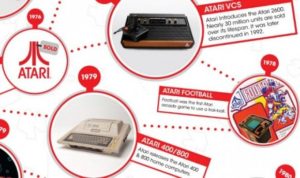 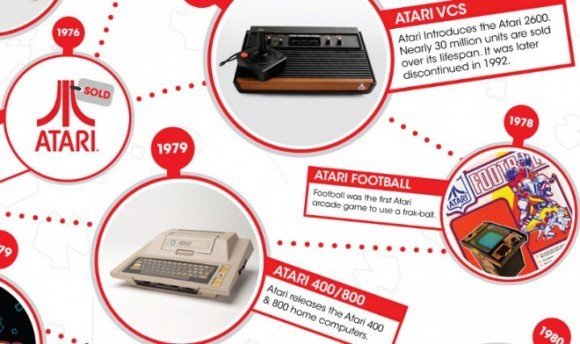 On 27 June 1972, Nolan Bushnell and Ted Dabney founded Atari , whose name has long been synonymous with consoles and video games. A few months later he created Pong, a game station in the world of digital entertainment since it was the first successful game of coin devices (arcades).

To 1977 Atari released the first-Gaming market in the sense that we know today consoles-called Atari 2600, which has about 30 million sales. More information about the history of Atari will find the following Infographic.