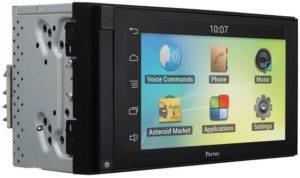 All of these Android Products are not the Phone or Tablet.

Android OS has become popular in a few years. Currently in the world there are more than 500 million Android devices are being used and 1.3 million new devices added every day, accounting for three-quarters of the market share of smart phones today. However, Android does not just stop at your phone or tablet. There are many other active devices based on the Google operating system platform. Here are 10 examples of comments above.

1.Android PC by VIA

This is a tiny computer on sale for $ 50 dollars to run the Android 2.3 operating system with external keyboard and mouse support.
The configuration of the machine is quite modest chip ARM11-based 800MHz 512MB RAM.This PC also supports USB 2.0 and expandable memory via microSD card slot. However, this is the appropriate level of quality for the money you spent to own this device.

ODROID-PC X2 is a very small size with powerful configuration than VIA. Sold at a price of U.S. $ 135, apparatus chip 1.7GHz Exynoss 4412, the capital used on Samsung Galaxy S3 and Galaxy Note 2.
In addition, the X2 support up to 6 USB ports, 100Mbps Ethernet, HDMI port and a microSD card slot. Android operating system which machines use dugn is version 4.0 ICS.

Unlike the two aforementioned products, FAVI SmartStick is a device used to connect directly to an HD television to help it become more intelligent.
The new device will be able to connect to the internet, download movies, run apps and play games. Of course, the ability to see the film which will not be affected. Selling price of FAVI SmartStick is $ 50.

The Smart TV uses Android 4.0 ICS and screen up to 55 inch. Lenovo has integrated a dual-core processor and a 5 megapixel camera for video calls on this unique device. 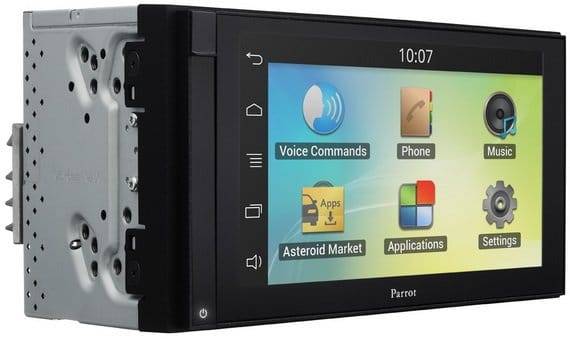 Parrot Asteroid Smart is an entertainment system for cars using the Android 2.3 version. The interface of this device be modified to become more simple and easy to operate while the user is driving a car. Touch screen up to 6.2 inches, supports 4 USB ports and output ports, RCA video.

Just you do not feel the hassle of having to charge your wrist watch many times, Sony’s watch is a pretty interesting handset.
Work as well as your daily activities such as writing a message, email will become simpler than ever with SmartWatch, a clock with a two-run Android.

You can see Instacube as a next generation of digital photo frames.
Thanks to the integration of Android, this device easy for operation with Instagram and allow you to view your photos on the screen up to 6.5 inches wide. This product is expected to sell out in the coming time.

Like Sony Playstation or Nintendo Wii, Ouya is a game game run the new Android platform was released and is receiving pre-orders at a price of $ 99.
Manufacturer promises to provide games for free manner, the ability to run Android applications as well as the benefits of this operating system platform. Pay attention to the size of Ouya, it is only to the equivalent of a local Rubik only.

Although superficially like a smart phone but Samsung device merely a Hiong entertainment product such as the iPod Touch.
Galaxy Player runs Android OS, Wi-Fi support. Samsung to release two versions Player with screen sizes 4 and 5 inches respectively. You can update the software utilities and games for the device via Google Play Store next to the ability to listen to music and watch movies available.

Galaxy Camera is not the camera only current running Android. Nikon has launched cameras Coolpixx S800C running the Android platform at a price of U.S. $ 350.
Besides a 16 megapixel camera supports 10x zoom lens, the machine also has a 3.5-inch touch screen and runs the popular application on Google Play Store.