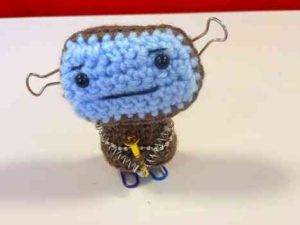 In the outgoing 2011 has been committed by a lot of discoveries in various fields. Many of these discoveries relate to computer technology, and they may strongly influence the further development of the IT industry.

Here are ten most important developments, some of which are already widely used. 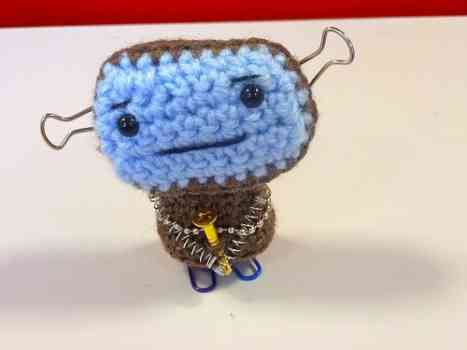 1. Flexible OLED-displays. Researchers managed to create very thin OLED displays capable of bend without breaking. They are made ??on the basis of various flexible materials, including metal foil and plastic. Over the commercialization of this technology has several major companies – Hewlett Packard, LG and Samsung.

2. Cloud computing. Cloud technologies have been around for many years, but this year they were allocated in a separate type of service. Now, every self-respecting manufacturer of computer equipment offers its cloud services: for example, Apple recently launched a project iCloud , giving users the ability to buy media content, to keep a certain amount of personal information on a dedicated memory area to communicate with people from around the world and much more. Corporate clients are also often use the services of cloud providers, because it is economically more efficient than the purchase of network equipment.

3. The camera, take pictures at light speed. Technology of photography in 2011 significantly improved – now cameras are able to remove the speed of light. This development showed scientists at the Massachusetts Institute of Technology. They even demonstrated experience a great picture of photons of light through a plastic bottle.

4. Technology Microsoft OmniTouch can make a breakthrough in touch-screen. It allows you to turn into a touchscreen absolutely any surface, using a special projector, sensor and application to the device. Before the commercialization of the technology it has not yet reached.

5. 3D-printing. Technologies 3D-printing, many experts believe – this is a big part of the future of mankind. They are particularly useful to engineers working on new models of cars, planes and other equipment. Impetus to its development 3D-Printing has received this year by scientists from Southampton University, located in England.

6. Processors in the form of the human brain. IBM has developed two silicon chips, apparently very similar to the human brain and the functioning of a similar scheme with him.It took six years of work and a very large amount of money invested in the project. Both chips are made from 256 neurons, operating at 10 MHz. One such chip contains 262,144 programmable synapses. With this technology, computers of the future learn to think like humans.

7. Re-settable electronic circuits and chips. Researchers from the University of Illinois, USA, invented the self-healing technology for electronic circuits. It allows you to restore conduction patterns within a few microseconds.

8. Virtual Reality by Sony. The Japanese manufacturer has developed a brand new helmet for virtual reality, called HMD. Its premiere took place in January this year, and, according to engineers Sony, it has a rich potential for development.

9. Computer Management with thoughts. Scientists from the University of Maryland have found a way to manage modern technology with the help of thought. They are involved EEG principles of technology, making the brain signals into computer signals.

10. Nanotechnology. Their development in 2011, went leaps and bounds, and in many countries around the world. Came even before the creation of monomolecular electric motor. The authors of this development are scientists from Tufts University, USA. A little later, this invention has been created at the University of Twente in the Netherlands.

Even, After Reading All above Development- No One Can Predict that “What will Happen in 2012“.