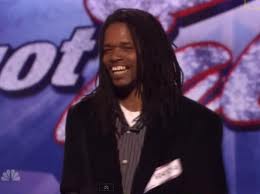 At  last the winner of,”America’s Got Talent” season six has announce in grand  finale,Would it be another solo singer ,or any dancer group .

1: Landau Eugene Murphy Jr. surprise everyone   by switching up the style of song completely with a more uptempo jam with Patti LaBelle.

2:LeAnn Rimes and Silhouettes,  she sang a song while they recreated some of their fan-favorite images in the background.

3:Team iLuminate,  struggled to stay while performing with Cobra Starship. while we got a behind-the-scenes look at how they perform in past it took away a lot of their magic.

4:POPLYFE , taking the stage with Stevie Wonder and gave a disastrous performance . They don’t have any chance of winning ‘AGT’ after that Queen-tastrophe, but they  got some  recording contract, and we think they would be  happy on it .

Read moreWho Is The Winner Of,”America’s Got Talent ” Season Six ?