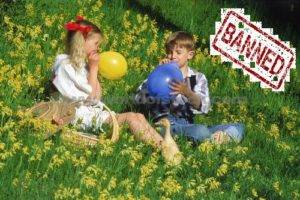 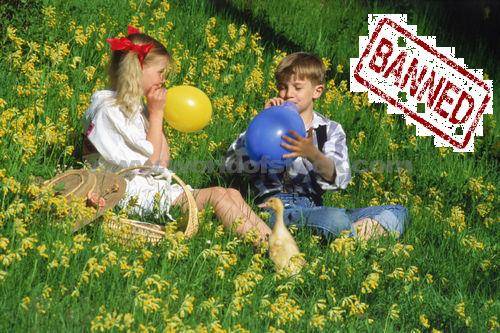 New directive for children under eight years old is prohibited without adult inflate the balloons, so as not to choke or swallow does not a toy. The same prohibition applies to penny whistles