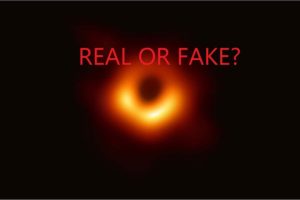 Scientists reveal the first picture of a black hole:
It may not be how you imagined it after watching Interstellar, but you can finally see the first real picture of a black hole. The image was taken over five days using eight telescopes, and it depicts the supermassive black hole at the center of M87, a galaxy 54 million light years away.
Now there is a question that is that image fake? or real? Why is the image of black hole blurred? Some people are thinking that how could it be blurred while the people claiming it have high quality cameras?
Black hole is a high density region which do not let light reflect back, so how is it possible to capture an image of it?
If you have any answers to my questions, write them down in the comments.
In my opinion the image is real, as it is not possible to fake thousands of scientists from all over the world. But I could not find reasonable explanations to my questions.