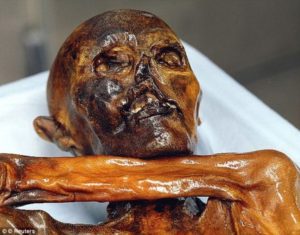 Otzi, the Iceman, was sleeping quiet and he never uttered a word in last 53 centuries. But now he finally broke the science and spoke to the modern world with some vowels. How it happened? Here is the full info about the Ice Man Otzi. 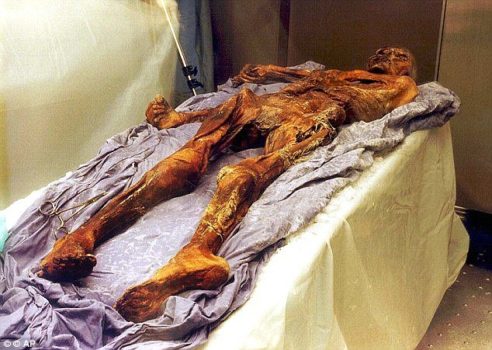 Many Science Magazines and web site report that a team of researchers and scientists did an amazing work as they succeeded to recreate the ‘best approximation’ of the voice of the 5300 year-old mummy Otzi widely known as “The Ice Man” ….a mummy of the Stone Age discovered in 1991. They did it all with the help of CT Scan and modern technological instruments. 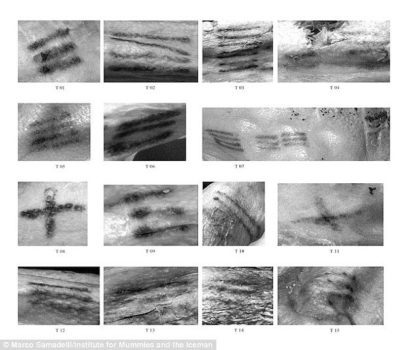 The team recreated Otzi’s vocal cords, throat and mouth, and then digitally reproduce to know how Otzi’s vowel sounds.

It is actually the work of Italian researchers in the northern city of Bolzano to replicate the 5,300-year-old man’s voice.
Project coordinator Francesco Avanzini, ENT specialist at the city’s San Maurizio Hospital, told CNN.

In about a year we should be able to give Otzi a voice — or at least recreate the best possible approximation of his voice. 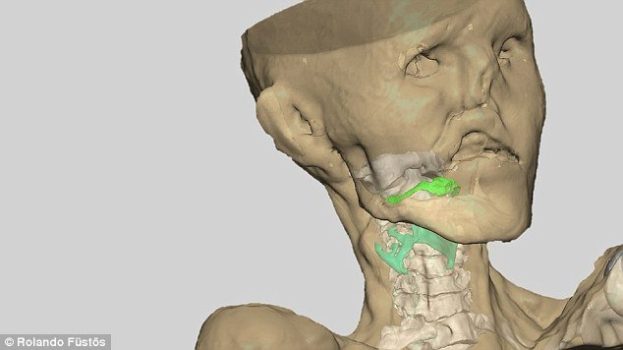 No doubt, it is only the first time the researchers did such kind of strane experiment on a mummy. Avanzini and his team used  CT scans to replicate mummy’s vocal tract, including the vocal cords and his mouth. Researchers at the National Research Council in Padua is ready to use this model and special software for recreating the Iceman’s voice too.

“Of course we don’t know what language he spoke 5,000 years ago, But we should be able to recreate the timbre of his vowel sounds and, I hope, even create simulation of consonants.”

It was not an easy task to work with a 5300 year-old mummy preserved in special chemicals and environment and the researchers faced many problems during this experiment for recreating Otzi’s voice….though vowels so far.

Another big problem is his position, with an arm covering his throat and hyoid bone, which is also dislocated. For our project, the arm is in the worst position you can imagine. 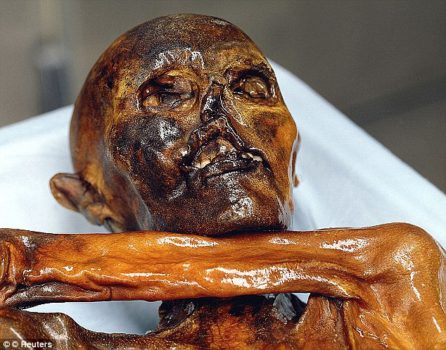 Despite many other issues they are still quite hopeful that the world will listen Otzi within few months as the intial results are very encouraging.
Avanzini said;

We would like to create a digital file, so that visitors at the museums can hear the Iceman’s voice.

Otzi, the Ice Man, is the mummy of a 5300 year-old man which was discovered in Italian Alps in 1991 just buried in a glacier and it one of the oldest oldest mummified person ever discovered even Egyptian mummies can’t beat Otzi as they seem quite younger wneh compared with the mummy of the Ice Man.
Otzi’s mummy is preserved in chemicals and is placed in a special cell — at exactly -6 Celsius (21 F) and 98% humidity — at the South Tyrol Museum of Archaeology in Bolzano, where he is worshiped like a hero.
For the past 25 years, Otzi’s mummified body has been treated as a great treasure to know something about our forefathers and to get some info about the early human history.
Let’s listen the sound of 5300 year-old mummy as he utters vowels only;
via: CNN
Spread the love