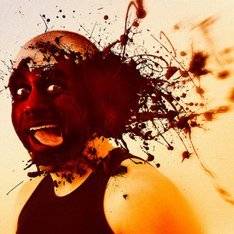 Even small amounts of dark chocolate make it easier for chronic fatigue syndrome – A disease that affects at least 0.1% of the world’s population and almost 1% of the inhabitants of large cities.

Delicacy puts on his feet most severe patients, which is no longer interested in the other joys of life – for example, sex, or favorite food. That is the conclusion drawn by researchers from the Medical School at the University of Hull. They conducted an experiment in which took part in ten patients suffering from the most severe forms of chronic fatigue syndrome.

All subjects were invited for eight weeks on a daily basis to eat only half of the tiles of dark chocolate with a cocoa content of not less than 55% – 15 g three times a day.Then they did a two week break to resume , but less saturated varieties, mostly – milk chocolate.

After the first two months of treatment, dark chocolate is absolutely all study participants reported feeling better. They have reduced bouts of headaches and muscular pain, depressive thoughts were gone. Milk chocolate does not give significant results: after a few weeks of the subjects did not notice any change in his condition.

Chronic fatigue syndrome was first introduced in the official classification of diseases after the events of 1984, when in a small town in Nevada has unexpectedly been recorded 200 cases at once. All patients reported a sharp decline in sentiment, and many fell into a depression. Patients had trouble falling asleep at night he had nightmares. The essential point suffered performance. In most cases, people suffered a surprising lack of will, appetite and libido. Mental disorders were accompanied by daily headaches and muscle weakness were also reported problems with memory.

The nature of chronic fatigue syndrome is still not fully understood. However, the most plausible theory is a viral disease.Currently, chronic fatigue syndrome are mostly registered in ecologically unfavorable regions where high levels of pollution and increased levels of substances or radiation. These factors negatively affect the health of the immune system, weakening it, which contributes to the activation of latent viruses, which infect the central nervous system.

The disease strikes people between the ages of 18 to 50 years. Women suffer twice as often as men.