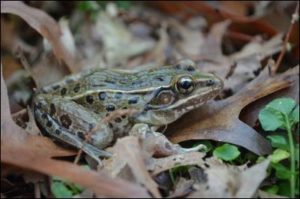 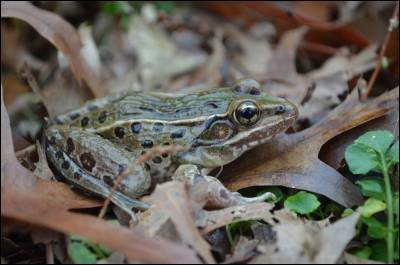 In the city of skyscrapers there are still undiscovered wildlife. In Staten Island, one of the five boroughs of New York, a group of biologists has discovered a new species of leopard frog . The amphibian had been confused for decades with another specimen.

“That a new species has gone unnoticed all this time in this area is incredible,” says UCLA professor, Brad Shaffer. The biologist is one of the authors of the paper published in the journal Molecular Phylogenetics and Evolution which includes the finding. While biologists regularly discover new species in remote jungles, find this in the swamps of Staten Island has been a surprise.

The story of his finding and deserves to be news in itself. The study’s lead author, evolutionary biologist Cathy Newman was finishing his master at the University of Alabama study on a species of leopard frogs in South America when contacted with the now co-author of the work, the doctoral student at Rutgers University, Jeremy Feinberg, New Jersey, area near Staten Island. Newman asked for help to Feinberg and this in turn asked if he could help investigate strange frogs whose croaking had missed , to be very different world to that of the leopard frog.

“There were leopard frogs in the south and north in that area, so we expected to find some that for some reason had a strange behavior or were a hybrid of both , “says Newman. “I was surprised and excited just started to receive data suggesting that this was a new species. It’s fascinating as urbanized area,” he adds.

The scientists used DNA data to compare the new frog with the other varieties of leopard frogs ( Lithobates pipiens ) and determined that it is an entirely new species, so new that it still has no name. In the past it is likely that the amphibian lived in Manhattan and the urban pressure was moving southward.

“This shows that even in the largest city in the U.S. there are still important and new species waiting to be discovered that could be lost if it is not a conservation effort,” says Shaffer.