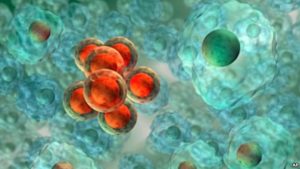 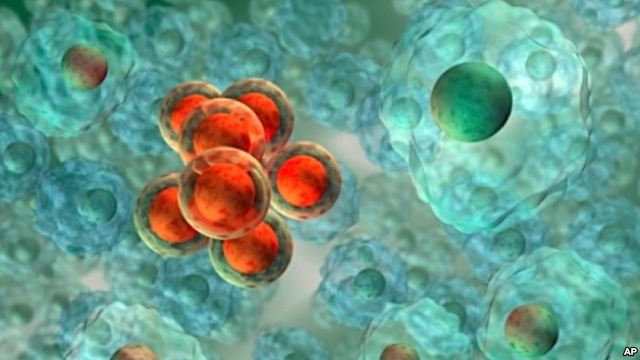 A new study finds a virus can hitchhike its way to kill cancerous tumor cells without being detected and destroyed by the body’s immune system, a finding that suggests cancer might one day be treated with the aid of viruses.

Reovirus is a fairly innocuous pathogen that usually does not cause serious illness in people, but researchers at the University of Leeds and The Institute of Cancer Research in Britain have shown it could one day play a very important role in helping treat cancer.

Alan Melcher, a professor of clinical oncology and bio-therapy at the University of Leeds, looked at tissue removed from 10 patients, with advanced bowel cancer, who had been injected with reovirus just prior to surgery.

“When we took the tumor out of the patient, it was full of virus in nine out of the 10 patients,” Melcher says, “whereas the normal liver, which was also getting removed, had very little virus in it, if any.”

In other words, reoviruses can kill cancer cells without harming healthy tissue, so the patients would have fewer side effects from the treatment.

But there had been concern that delivering the virus directly into cancerous tumors would be too difficult. So, in what’s known as a proof-of-concept experiment, the researchers simply injected reovirus into the patients’ bloodstream.

Melcher says the reovirus appears to piggy-back on blood cells to avoid the body’s immune system and reach the cancer cells.

“We were also able to show that when you do inject virus into the blood, even though there are antibodies against the virus in the blood, the virus is able to hide from those neutralizing antibodies and to get carried essentially by blood cells as a means of potentially accessing the tumor and doing its stuff.”

Other cancer trials involving reoviruses are being conducted, but this is the first time the pathogen has been shown to safely and effectively hone in on tumors through the blood.