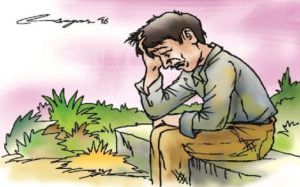 Be attentive to the little things: sometimes the strange behavior of a person is nothing but the symptoms of a disease.Here we discuss different types of mental disorder and their identification methods. 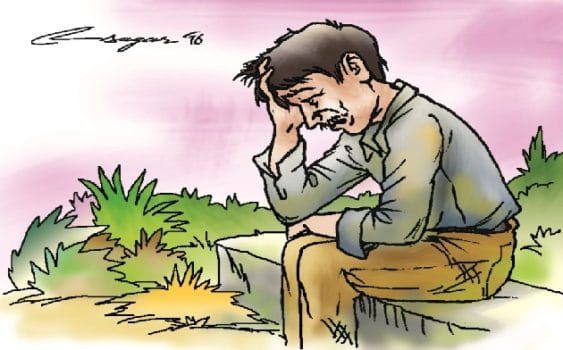 According WHO, Depression is the most common mental illness: more than 300 million people around the world suffer from it. With depression, there is a persistent decrease in mood and self-esteem, loss of interest in life and former hobbies, pessimism, sleep and appetite disturbances.

The man’s speech in depression has its own characteristics

Absolut State Of The Absolutist Forms, Depression, And Suicidal Ideation

In addition, there is the concept of masked depression, when a person hides his problems and tries to seem happy. Recognizing the disorder in this case is not easy: the interlocutor will always deny all life difficulties. Can make jokes about suicide.

Masked depression is harder to recognize. Such patients will try not to touch upon topics that are problematic for them in the dialogue, to emphasize that everything in their life is good. But it is worth starting a conversation about the areas where they are experiencing difficulties, we will see the gloom on his face and hear the phrases: “Where should I hurry? I’ll be in time, my whole life is ahead. ”

Bipolar affective disorder , or manic-depressive psychosis, is another mental illness associated with a change in mood. About 60 million people in the world suffer from Mental disorders . The life of such people passes in two modes: manic and depressive. The duration of each period is individual and unpredictable, can range from several days to several months.

A characteristic feature is the change of phases: high spirits or a desire to move, do something, create, commit depressions, apathy, despondency, powerlessness, indifference. The moment when the phase change comes, it is impossible to predict.

The manic phase is characterized by an incredible rise in mood and strength, increased activity, including sexual. There is so much energy that a person stops sleeping and eating, he is busy all the time. The speech of the patient in the manic phase has the following features:

The depressive phase is accompanied by loss of strength, self-esteem, sexual desire, loss of interest in former hobbies and life in general. A person is depressed, slowed down, does not want to communicate with anyone. In severe cases, planning suicide.

Prone to this disease Epidemiology of anxiety disorders in the 21st century is a third of the population of the planet. A person constantly experiences anxiety and anxiety , suffers from unpleasant sensations in the body: trembling, sweating, dizziness, discomfort in the solar plexus area. Anxiety usually cause a variety of fears associated with the future.

Among the features of communication:

Often these are single people who have not achieved success in their personal life and work. Often they are outraged by something: the leadership of the country or company where they work, the situation in the state or at home – everything that they face in life.

Another disease related to anxiety. With him, the patient has obsessive frightening thoughts that he cannot fight. To get rid of anxiety, a person performs some kind of ritual: spits over his left shoulder, checks all the locks in the house, washes his hands, and so on. These actions may seem meaningless, but they help the patient to briefly alleviate the condition.

A person with OCD can be identified by the same characteristics in speech as patients with generalized anxiety disorder. These are complaints, suspiciousness, repeated conversations about fears. However, it will be much more effective to observe his behavior, to track the ritual. A typical OCD patient is the American inventor Howard Hughes, about the life of which the Aviator film was made. He constantly washed his hands, because he was afraid to catch the infection.

Patients with OCD are very difficult to identify with phrases in speech, an exception is if the person himself wants to tell you about his concerns. To notice them is easy if you watch people in the park, for example.

The disorder can occur after a traumatic situation, most often associated with a threat to life. Sick – victims of sexual or other violence, terrorist attacks, participants in hostilities. They try to avoid conversations, places and situations that may remind them of their experiences, but the memories constantly bring them back there. In severe cases, the patient can displace the event from memory, as if to forget.

Diseased PTSD suffer from both depressive and anxious symptoms, so the same signs can be found in their speech as in patients with depression or anxiety disorder.

It is difficult to notice something by their statements, because they try not to communicate with anyone while living in their experiences. But if the dialogue does take place, you will not hear a word about happiness, joy or love. The interlocutor with the PTSD will either be laconic or devote his story to the misfortune that has happened to him.

Schizophrenia is also a mental disorder

According to WHO, schizophrenia is in the list of  Mental disorders  which affects 23 million people worldwide. This is a serious mental illness that is accompanied by a violation of thinking, perception of reality, emotions, speech and behavior. Patients lack a critical attitude to their condition, in most cases they are sure that they are healthy. A typical example is the mathematician and Nobel laureate in economics John Nash, about whose life the film “Mind Games” was made.

Recognize schizophrenia can be on the following grounds:

One of the most prominent manifestations of schizophrenia in speech is the delusional symptoms of stalking. The patient will be sure that he is inserted into a stick in the wheels, he is being watched. He will whisper about his guesses in your ear, looking around.

Remember: it is impossible to make a diagnosis of mental disorder using only speech and communication. However, if you think that the behavior of a loved one has changed, then show observation. In the presence of the described symptoms it is better to show it to the doctor.