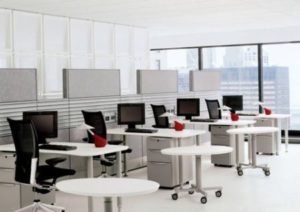 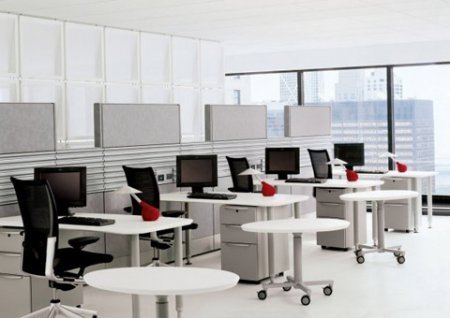 The company producing detergents, conducted a study to identify places in the office, which are most dangerous to people. As a result, experts have named six of the most dirty surfaces.They conducted an examination on the content of the molecules of adenosine triphosphate (ATP) in various locations. This molecule is common to all animals and plants, as well as bacteria, yeast and mold cells, but its content is higher, the greater the risk of contamination by bacteria and viruses.

The experts took samples from a variety of surfaces in the offices of various spheres of activity, which employs about 3,000 people. Then these samples were analyzed on the basis of sanitary standards for the industry. The norm is the ATP content is not more than 100 molecules per square meter. If the amount exceeds the rate of ATP molecules in the 300, then the surface is a zone of increased risk of spread of viruses and bacteria.

As a result, the most dangerous places for health in office buildings began to sink taps in the toilets (75%). Second place on the scale of the “danger” belongs handles microwave ovens (48%). Third place belongs to the computer keyboard (27%). Few do not have lasted up to third place handles refrigerators – 26%. fifth and sixth places were taken by drinking fountains, and buttons for coffee machines and other machinery sales offices. Many people are aware of the possibility of catching germs in toilets, but often are not aware of such risks and in other places.

Microbiologists at the University of Arizona report that can spread germs around the office. Completely protect yourself from exposure to them is unlikely, however, the risk of colds, flu and stomach disease can be reduced to 80%.