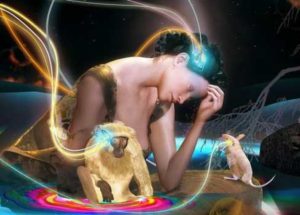 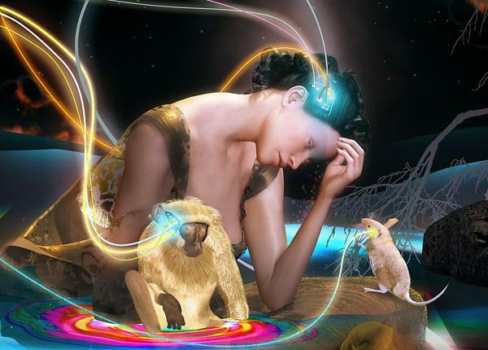 Optogenetics  is an Emerging Technology in which genetically manipulated neural cells combined with a light source for selectively On/Off the areas of the brain. The method has proven in animal studies to be extremely interesting for neuroscience and could someday lead to new therapies.

Pros and Cons in Optogenetics

So far, the necessary light rays are normally delivered only to specific points in the brain, although the brain activity consists of a complex sequence of activations in different areas.

With the possibility of Sending light patterns of nerve cells to almost anywhere in the brain.  According to Technology Review in its online edition:

“In the coming years there will be many of these devices,” says Ilker Ozden, research professor at the Nanophotonics and Neuroengineering Laboratory at Brown University, who are working on similar technologies.

The new device comes from the Synthetic Biology Group at the MIT Media Lab.

“The brain is a three-dimensional object,” explains Ed Boyden, senior author of the new study. Far more than two optical fibers were used to control parts of the nerve cells. Would be necessary here, but much more control. A single light source is as if you play only one note, says Boyden. “A 3-D chip allows us to control the brain, such as a keyboard.” 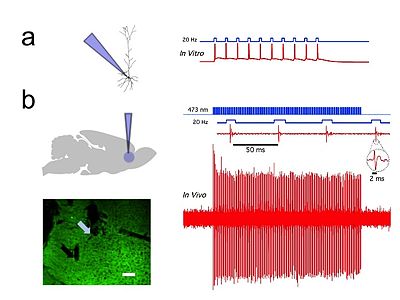 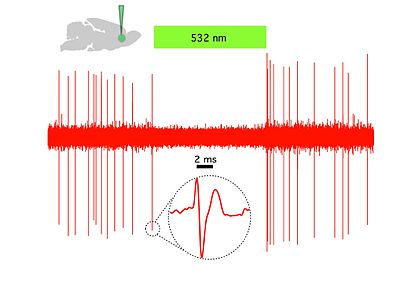 “In vivo” optogenetic activation and/or silencing has been recorded in the following brain regions and cell-types.

The Deisseroth laboratory integrated optogenetics, freely moving mammalian behavior, “in vivo” electrophysiology, and slice physiology to probe the cholinergic interneurons of the nucleus accumbens by direct excitation or inhibition. Despite representing less than 1% of local neurons, these cholinergic cells have dominant control roles, exerting powerful modulation of circuit activity. Furthermore, these neurons are activated by cocaine, and silencing this drug-induced activity during cocaine exposure blocked cocaine conditioning suggesting an important role for these interneurons in drug reward mechanisms.

The goal is to increase the amount of information that can be processed one optogenetics system.

Still, the chip has not been tested on animals, the researchers are currently to use the device in living mice and to examine the activation patterns. .” By Using a 3-D array for optogenetics, there is a set of possibilities that you could not even think so far,” says Boyden.