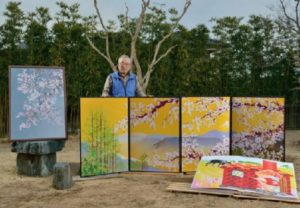 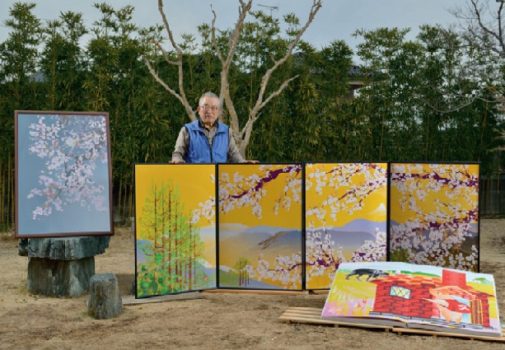 The fun that can contain Excel as a tool, in my opinion, is limited. The most fun I’ve had has been to spread the cells and see where I can reach the counter. But this is not so for, a very talented Japanese older man makes paintings and he paints with Excel. But let’s see how and why it does.

I think the first are the reasons. This man has called Tatsuo Horiuchi , is in Japan and is 73 years old. In his time worker had not had to deal with Excel. In fact that his teammates saw fighting with the tool and make graphs and stuff but that was not the case. What did he saw in these graphs is that Excel could be used to make art but at that time it was not beyond.

Then came retirement and wanted to try something different with what you bought a computer and began experimenting . But someone would say: why use Excel if Paint is pre-installed and made to paint? Paint The issue is that it seemed more complicated than Excel and saw more options in the latter.

After seeing the reasons we go to the art. The logical thing would be to use each cell as a pixel and make pointillist paintings. Or you could do complicated mathematical functions that give results drawn shapes.But none of this. His technique is more mundane. It is using the forms that come into the system to change them, giving them color and paint with them.

Inserts a shape, modifies and adds the color or gradient. Although the method seems very simple the true art is not to do with a form, which is what would make a child of three years, but to give a set and a composition. That is why we must not fail to admire the work of this man.  In this link you have a gallery with some of his work..