The mysterious large metallic ball that fell out of the sky in Namibia, sparking considerable panic, is most likely a fuel tank from an unmanned rocket.

The hollow “space ball”, which weighs six kilograms and has a circumference of 1.1 metres, was found near a village on a remote grassland about 750km from the capital, Windhoek. 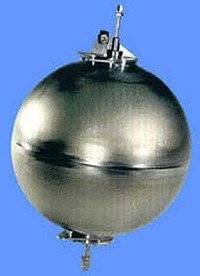 The ball is believed to be a “Hydrazine Bladder Tank”.

But, alas, as Namibian police were conducting their investigation, gossip site Gawker reported that the ball was most likely a fuel tank for storing hydrazine on unmanned rockets.

A Gawker commenter had provided the information, saying it was a “39-litre hydrazine bladder tank” that was typically “used on unmanned rockets for satellite launches, which would explain why they’re falling down in such a specific geographic footprint”.

Several such large balls have dropped in southern Africa, Australia and Latin America in the past 20 years, according to reports.