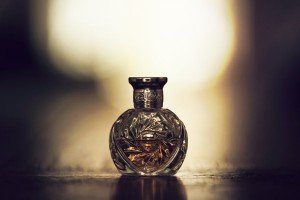 Although it may seem like science fiction, a Boston research group has developed a type of microparticles which can be injected directly into the bloodstream to oxygenate your body quickly … even if we could not breathe. An extraordinary advancement in medicine that could help to save millions of lives in a year.

According to the doctors, this development would allow medical teams to keep patients alive 15 to 30 minutes even though they may have severe respiratory failure. A time for  medical teams in which they could act without risk for a heart attack or permanent brain injury.

The first tests in animals are completed with a success. They say that doctors are able to inject this liquid into a vein restoring blood oxygen levels , giving the animals who needed those extra minutes .

And from what these particles are composed? Apparently consisting of oxygen gas in a layer bagging lipid , a natural molecule or stores energy which normally serves as a component of cell membranes. Lipids can contain types of vitamins, monoglycerides, diglycerides, triglycerides, phospholipids,  fat.

Particles of oxygen acids of two to four microns in size. In a liquid, can be easily transported and used in emergency medical equipment and intensive care staff. A “potion” that would have three or four times the oxygen content of our own red blood cells.

According to John Kheir, principal investigator who solved the problem using deformable particles:

We have engineered around this problem by packaging the gas into small, deformable particles. They dramatically increase the surface area for gas exchange and are able to squeeze through capillaries where free gas would get stuck.Some of the most convincing experiments were the early ones. We drew each other’s blood, mixed it in a test tube with the microparticles, and watched blue blood turn immediately red, right before our eyes.

They had discovered the first step towards the elixir of life in a bottle (for a couple of minutes).An incredible progress that is ongoing now in evidence until they can be tested in humans. A liquid that could extend life for a few minutes paramount in many operations or medical emergencies.