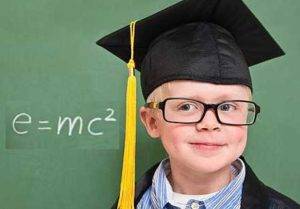 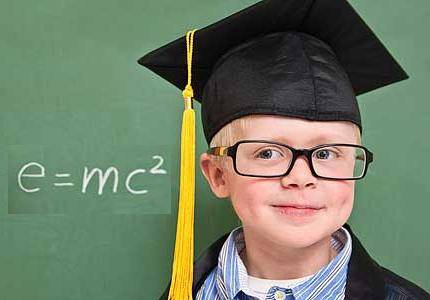 Sometimes in the most ordinary family suddenly the baby is born, which affects their abilities all around. They are called by different names like indigo children, child prodigies, children with special abilities. They have become famous in the whole district, and sometimes – and the whole world. Growing up, sometimes they retain their ability, and sometimes – not. But their remarkable childhood necessarily causes an imprint on their adult lives .Here we introduce five most intelligent children of the world.

The Korean miracle baby was born in 1962 and still holds the record books as Guinness World Records holder of the highest IQ – 210. At the age of 4 years the boy was already able to read Japanese, Korean, German and English. When he was 5 years, Kim decided to unaided probabilistic complex system of differential equations.

After that, he was invited to transfer to the Japanese television, where he demonstrated his knowledge of Chinese, Spanish, Vietnamese, Tagalog (Filipino), German, English and Korean. At the age of 3 to 6 years, Kim was a student at the University of Hanyang, at age 7 he received an invitation to work at NASA. There, in the age of 15 he received his doctorate in physical sciences at Colorado State University and worked in the U.S. until 1978.

After that, Kim returned to Korea with the intention to do civil engineering and construction. To do this, he defended his doctoral dissertation on the subject, after which he was invited to the most famous Korean university, which he declined, preferring to work in a provincial university. Since 2007 he works as an assistant at Chungbuk National University.

2:Gregory Smith  was nominated for the Nobel Prize in 12 years,

Gregory Smith born in 1990, learned to read at age two, and went to university in 10 years. Gregory is the founder of the movement International Youth Advocates, which is engaged in reaching an understanding among children around the world. A gifted boy was honored conversation with Bill Clinton and Mikhail Gorbachev, as well as a speech from the podium at a meeting of the UN. During his public activities, he was nominated four times for the Nobel Prize, however, did not get it.

Akrit Yasval born in India, where it is called the smartest, because his IQ reaches 146. The public attention drawn Akrit in 2000, when the accident held its first “surgical” operation. He was seven years old, his patient – a neighbor girl – eight. Because of the burning girl could not unclench his fist, and Akrit without special medical training, was able to undertake the necessary steps and back of the fingers of his eight patient. After this incident, the boy went to school to be a doctor at Chandigarh College and is now the youngest student to all the Indian universities.

Cleopatra was born in October 2002 in Chisinau in family singer Paul Stratan. The girl is the youngest artist that has achieved commercial success after the release of the album La vârsta de trei ani  At the age of 3 years. In her more than an early age she has experience in a two-hour speech before a large audience in a concert hall, receives a very considerable money. In 2006 Cleopatra won MTV as the youngest performer.

Aelita first became known when she was not even two years. Once the director of the Melbourne Gallery Brunswick Street Gallery, Mark Jamieson at the meeting with one of the photographers  saw pictures of abstract works by an unknown author, and decided to include them in its annual program of exhibitions.Were printed booklets given advertising in specialized journals. Even when he learned that the author of the paintings was the daughter of a photographer, two-year Aelita. The director was very surprised, but the exhibition program decided not to change, and pictures of young talent came to light.