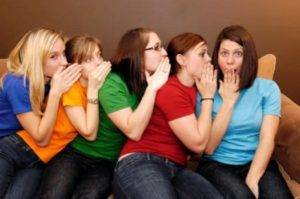 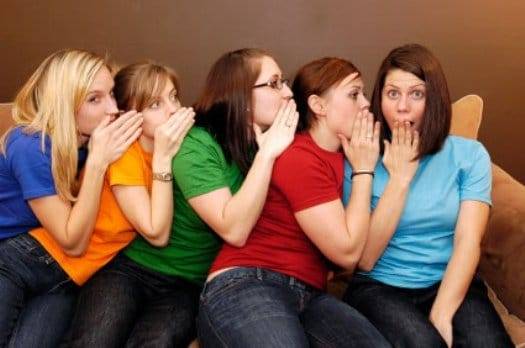 Many of us feel guilty after the “washing of bones” and discuss the latest gossip with our friends but now it is proved that this bad habit is necessary for good health because  scientists believe that gossip is sometimes even useful  it reduces anxiety and stress.

According to new research, talk and gossip increase the level of our being, as well as ensure social cohesion. The results showed that every one like to gossip  especially women . 85% of us like to share with each other “juicy” news, and every 10th woman could hardly keep secrets .

Gossip raise the level of positive hormones such as serotonin, reducing stress and anxiety. When we gossip, we are interested in what other people want us to inform and communicate with them makes us feel happy.

Dr. Gill also believes that gossip  it’s a good way to learn what behaviors are socially acceptable in a particular social group.

If someone raises his eyebrows in surprise or contempt pursed his lips, telling you about someone else, and you change your behavior accordingly.