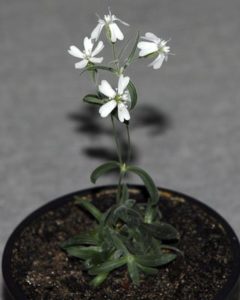 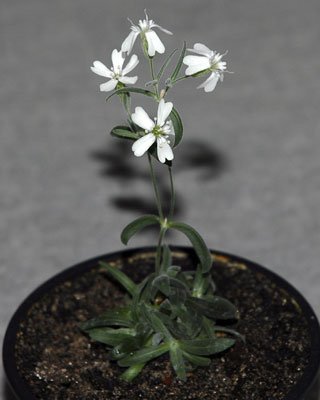 Thousands of years ago a Siberian squirrel busily picked up some small fruits and put them carefully in their lair. More than 30,000 years later, a group of scientists from the Russian Academy of Sciences found the burrow, and its fruits, preserved in a natural fridge for ages, have been able to regenerate a plant with the same properties as those that carried long I had to have been a tasty morsel for the squirrel.

The Lair of the rodent was buried at temperatures of -7 ° C to 38 meters below the permafrost, the permafrost that occurs in cold regions like Alaska and Siberia itself. Through tissue culture seeds stolen from the squirrel, the researchers were able to regenerate fertile plants of Silene stenophylla , which has proven to have an exceptional ability to withstand a period of cryopreservation. The authors of the study, published in the latest issue of PNAS , potted plants grown in the laboratory where they flourished a year later, giving their own fruits, whose seeds have different genetic characteristics of the current existing plant Silene stenophylla . The seeds obtained were stored in the Svalbard Global Seed Vault, the largest store of the world’s plant biodiversity.

The authors say their achievement opens a new avenue of research on plant evolution from antiquity through the conservation capacity of permafrost, present in 20% of the Earth.

Proof of a Music Service on Facebook Known as ‘Vibes’.