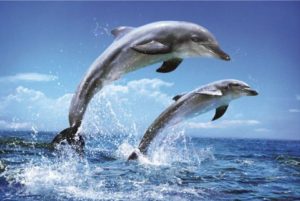 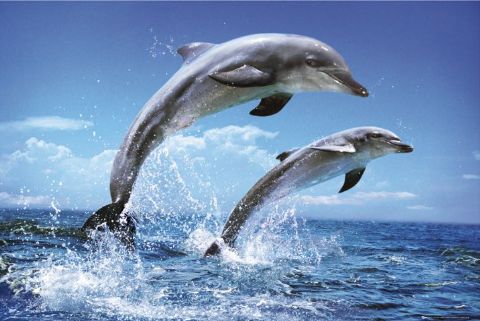 DiscoveryNews Reported that Dolphins have the ability to remember unfamiliar sounds and train them to play after a long time, found the French zoologists from the University of Rennes.

It turned out that during the daytime performances at the Dolphinarium recently started using a new audio background – Record sound “ocean life”, in addition to talking dolphins themselves were used cries of gulls and humpback whales.Voices of the past and have been identified in the nighttime dolphin “conversations.” In his spare time, access to ideas dolphins discovered in connection with what they are hearing a lot of different sounds, but so far recorded only attention to the singing of the whales.

In a well-developed audiomimikriya dolphins – they are able to simulate a variety of sounds, and this science has long been known. However, it was thought that to copy them to repeat the sound as soon as he sounded. But we now know that he had never lived in the wild reproduce individuals unfamiliar voices of whales and seagulls at night, just hours after they were heard by them during the daytime view.

In their future research zoologists plan to find out what are the reasons why the Dolphins are waiting for night to practice unfamiliar sounds. Perhaps they realize that they are not just sounds and language, and at night, when nothing prevents animals trying to recognize the rules of its “grammar”. The main discovery of this study is that the Dolphins have shown the ability to postpone complex sounds in the long-term memory and changes the view on the organization of the nervous system of these amazing animals.

Dolphin Tale And The Lion King Rocked on Box Office