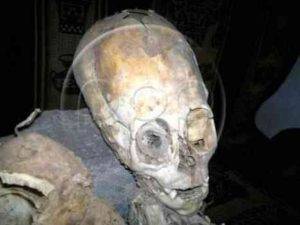 Could it be the U.S. government was wrong, that a few days earlier, had argued with an official announcement that there is no evidence of extraterrestrial life on our planet. Since it seems may finally be the answer is yes… and this because of a mummy discovered in Peru, whose head was abnormally large. 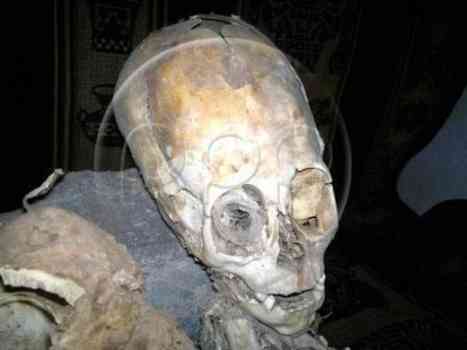 This discovery has sparked a new round of discussions among academics involved in the project. The team of anthropologists, led by Renato Davila Riquelme, the Privado Ritos Andinos museum in the city of Cusco, Peru, believe that the strangely shaped head, could belong to a human child, since the relics indicate height 20 cm. 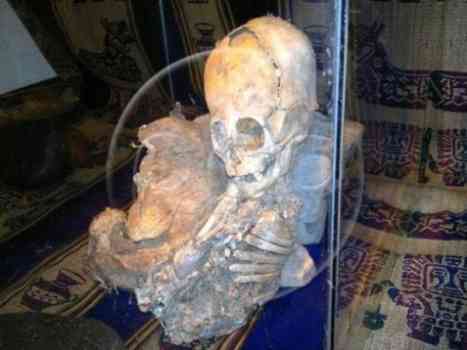 Indeed in the past there were techniques that shaped the skulls of children when they were babies yet to acquire a specific shape, where it was dedicated to a “god.”However, the triangular-shaped skull, has provoked a different reaction a group of Spanish and Russian doctors, who, according to io9, seems to indicate that they believe these relics are not from Earth creature.

He has a non-human appearance, because the head is triangular and its size is almost same with his body. At first we thought that it is the body of a child by the team of Spanish and Russian doctors confirmed that this is an extraterrestrial presence. ”

The names of the scientists have not paid to publicity, or details of their specialties or how they gained access on data from the remains. Truth or lie? Finally there is actually little green men?