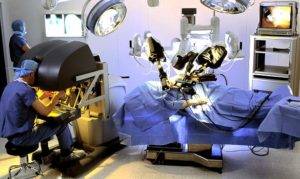 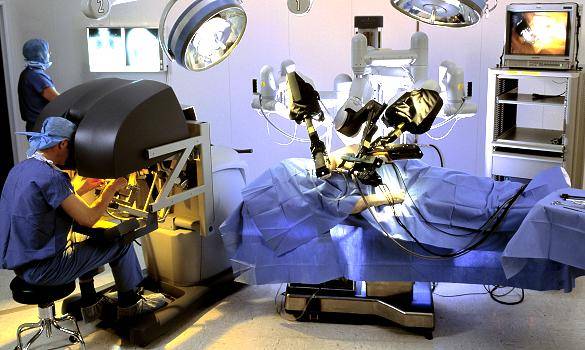 Chinese and Japanese scientists have jointly developed a robotic system that will help improve the chances of a successful outcome of vascular surgery.

On Monday , research Group  successfully completed clinical trials of this system in animals, demonstrating its feasibility and effectiveness in the implementation of vascular surgery for the treatment of cardiovascular and cerebrovascular diseases, according to professor at the Institute of Robotics at the Beijing Aerospace University / PAH / Van Tyanmyao.

The new development consists of a control terminal controlled by the terminal and the navigation screen with three-dimensional system image. Since the operation the doctors from the main control terminal with three-dimensional image of a blood vessel on the screen transmit command to the robot terminal capable of insert-tube stent in a blood vessel. On the tube installed sensors that can transmit information about the contact between the tube-stent and vessel wall in order to ensure the accuracy of interference.

Employees PAC, the Naval Hospital / HMG / PLA and Japan Kagawa University, initiated the development of this robotic system in 2009. To implement it, the three parties have invested about 20 million RMB / USD 3.17 million /. This  Robotic system allows doctors to carry out a jeweler’s precision surgery on blood vessels and thus eliminate the risk to medical personnel exposure to radiation, said Professor Department of Neurosurgery PLA HMG Tian Tszenmin He added that on optimistic estimates, it will be commissioned during the year.

According to the professor at the University of Kagawa Shusyan Go,

This  Robotic  system that can operate on remote control, also promotes exchanges between physicians located in different places, and the training of young medics.