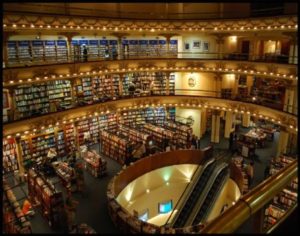 Now you can buy books online, Amazon expands and reaches other countries, and there is even talk of building libraries without printed books , which looks to be about the Apple stores, it seems that traditional bookstores are becoming outdated. Not so. The libraries are still places we love to visit and some of them also are extraordinary . Do not fail to meet some of the most interesting bookstores worldwide, especially its architecture or design . 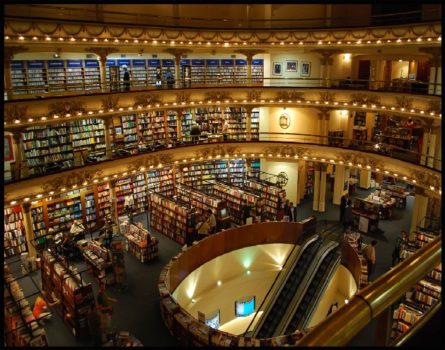 It was built in the building that was house of the Teatro Gran Splendid , built in 1919, where he presented Carlos Gardel, Ignacio Corsini, Roberto Firpo and other personalities. A late 20’s the building was converted into a cinema. Now works as a library: consists of three floors. 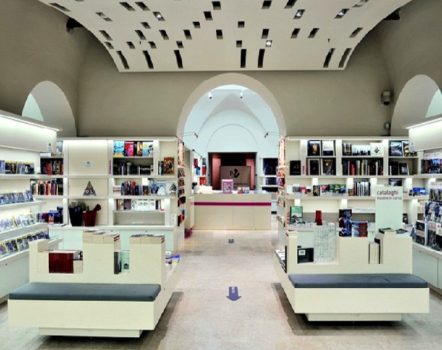 Bookabar is a paradise for lovers of design and contemporary art . This bookseller takes part inside the Exhibition Palace in Rome, near the Via Nazionale and Via Milano, specializing in art books and catalogs. 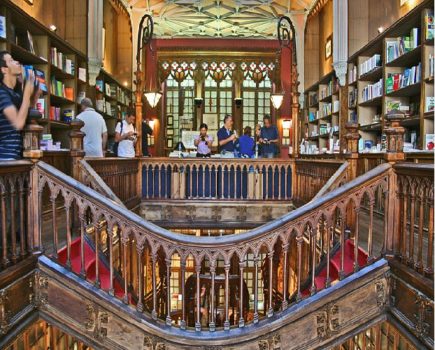 One of the most beautiful in Europe, located in a neo-Gothic style building dating from 1906. Details ancient, huge wooden shelves that reach to the ceiling and grand staircase in the center of the room, lit by sunlight filtering through the windows. 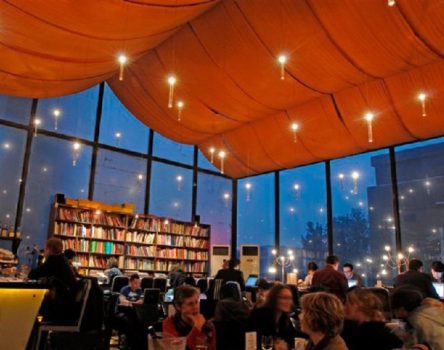 The term bookworm is used to refer to what, in Spanish, understand as a bookworm . The library is located in Beijing Bookworm  is a major in China. It seems a restaurant or cafe and indeed, offers these services. 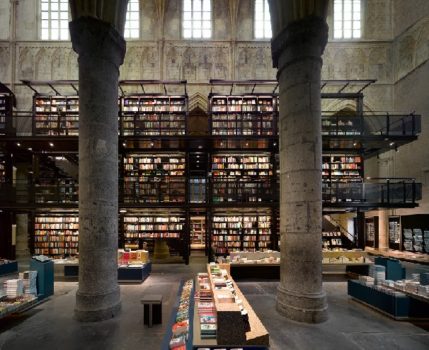 It’s in Holland and also functions as a library. It was established in a Dominican church was built in the eighteenth century. Named by The Guardian as the beautiful bookstore in the world. No wonder he won the Lensvelt of Architect Interior Prize in 2008. 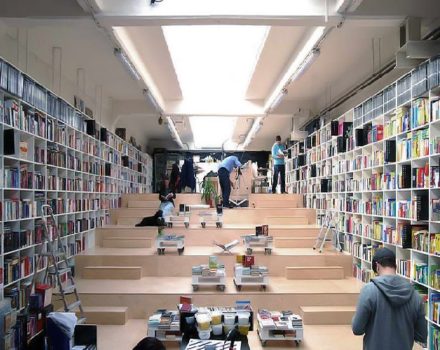 This space is starring Slovak, plus books, a hall-ladder whose rungs act as chairs  or tables. It has an informal and comfortable and contemporary design. Another of its successes is “the lighting”. 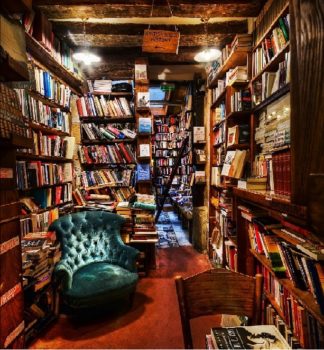 Since 1951, the Shakespeare & Company is a reference point for intellectuals and bibliophiles. It was founded by George Whitman, an intellectual and bohemian traveler who was born in the United States and settled in Paris after World War II. 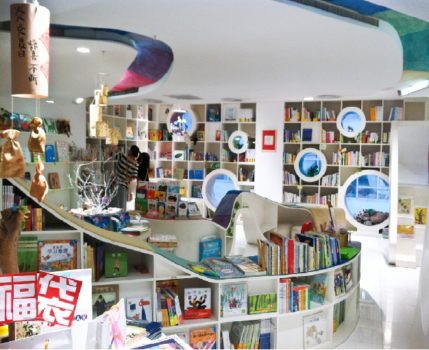 Kid’s Republic reflects the essence of children’s literature in its distribution and its design it is a fun space that could serve as shelter. It was Built in 2006 and away from all solemnity to be a fun space that invites reading. 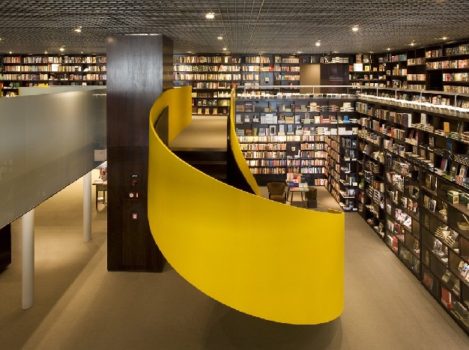 Built in 2007, this Brazilian book store is divided into two levels and surprises with its semicircular staircase in bright yellow, inviting climb it and browse through the books on the top. The children’s area offers a small stage for storytelling. Illuminated and contemporary. 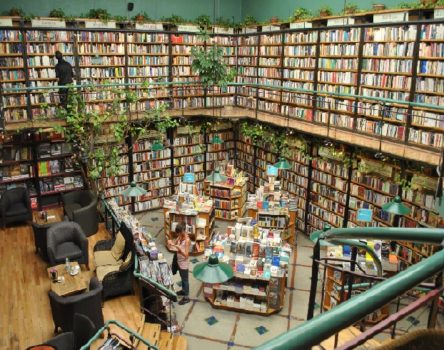 Several Cabrerias the pendulum in the City, but the most beautiful is the Countess. The space is very cozy and has many floors , tall shelves surrounding the central room and chairs to sit and read. Also works as a restaurant, art gallery and forum.