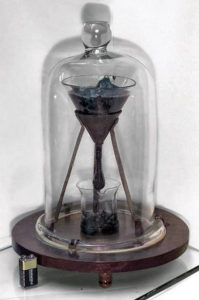 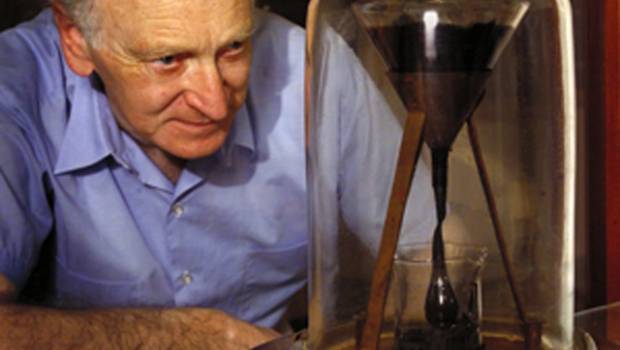 The longest experiment in the world comes to an end . But not in Australia, where it was started, but in Dublin, where replicated this crazy idea a few years ago, and have been observed falling drop of pitch.

Just over two months ago we told how at an Australian university place had the longest experiment in the world, which was perfected in 1927 by physicist Thomas Parnell.The concept was to demonstrate by physically exist as viscous liquids exhibiting strong appearance.

To this end, Parnell pitch placed in a glass funnel, sample the most common materials can have extraordinary properties. His idea, however, was not there. Parnell, after heating the tar and pouring it into the funnel, began to wait. Wait until the first drop fell. Therein lies the world’s longest experiment: wait and see. 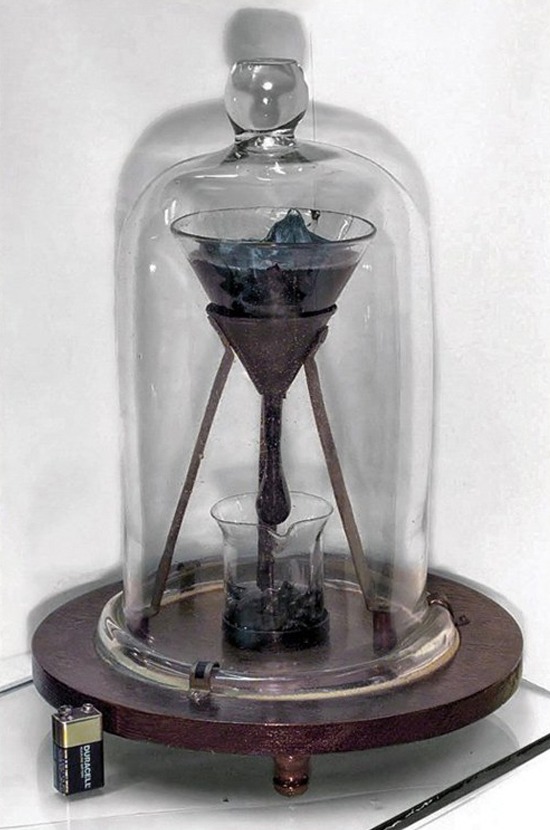 The Parnell himself died without seeing the result of your experiment. A somewhat crazy experiment, moreover, that was worthy of the famous Ig Nobel in physics in 2005. Responsible for guarding the project, after the death of its inventor, scientist was Professor John Mainstone. His advanced age (now 78), you would think she would not get to see the fall of a drop of tar from the funnel.

However, the same experiment, known in English as the pitch drop experiment , was copied in Dublin, in the famous Trinity College . Using the same system, the Irish scientists placed beside her funnel chambers, as they did in Australia, to ensure that you record the drop fall.

And finally, although this side of the planet, the World’s longest experiment has been completed.However, observing how the drop has fallen has not happened in Australia, as we all thought. Although the idea was born there, and custody for so many years Mainstone, luck did not favor her wit, and has flown to the Irish capital.

There have actually recorded how drop slid funnel (you can see the video by clicking on this link , putting an end to this unique history of science . Longest experiment concludes world, but the study of these materials continues. And although research seems boring (and even eternal , as in this experiment), always gives us a different view of the world.