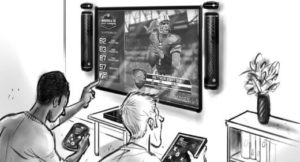 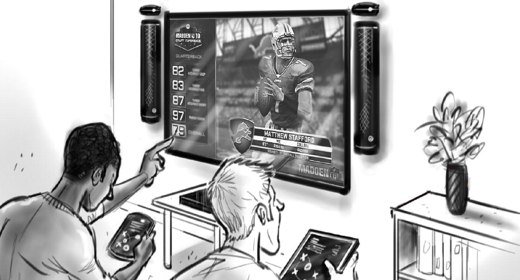 A paper appearing online on Scribd (and later removed, but which we can witness some of the images) offers a fascinating excursus on the ones that were the projects for the Microsoft Xbox world. It is not obvious as it might seem: the laboratories in Redmond, in fact, not only would have planned the infamous Xbox 720 , but would lead beyond the vision of the group to outline a cloud size and 3D world of video gaming. But every definition seems to be restrictive, because the path looks away, at least until 2015.

The narrative begins with 2011, with the presence of Kinect in your living room and the beginning of a new way of thinking to gaming. In 2012 it’s time to SmartGlass and multiplication of screens capable of interacting with the console. In 2013 came a new Kinect (the image I placed two on either side of the TV screen) and three-dimensional glasses for gaming entertainment on TV . In 2014, the jump is even more ambitious: the glasses do not need more than one TV to animate a 3D person, but the projection is directly sull’occhiale making unnecessary the use of the television screen. In 2015, leap further, the very suggestion: the glasses are no longer just an item for gaming, but will offer the user a new experience of reality enriched.

Who knows the Glass Project Google (whose arrival is expected in this case by 2015) has already realized the potential of this route. Has learned, in short, the project now that Microsoft envisions a two-year period is the same as Sergey Brin  wears in recent weeks during his public appearances. glasses come in law in the future of computing , because Microsoft and Google say their investments in believing that direction in this type of device to enable an experience enriched by research, gaming or everyday life through lenses “miraculous” and tools for mobile connectivity.

As outlined in the project, the Xbox 720 will offer greatly improved performance compared to the Xbox 360 , but will at the same time, the latest installment of the award-winning hardware console Redmond. In the future, in fact, gaming will move to the cloud (style Onlive , on which Microsoft would have done in the past made ??some little thought in view of a possible acquisition ever made) and the new console, whose life cycle is designed to 10 additional years of life , in time lose its importance as the gaming will find expression in glasses, smartphones, tablets and other tools of interaction. The Xbox will shift its focus towards the short ‘ entertainment , diventanto central hub for distribution of music, videos, television programs and video games throughout the house.

The document appears as a veritable manifesto confirming many of the ads formalized by Microsoft in recent months, which gives high credibility to the whole. The forced removal of the document seems to give further credence to the contents emerged, and one wonders whether the ” big announcement “of June 18 or less may be room for this kind of suggestions