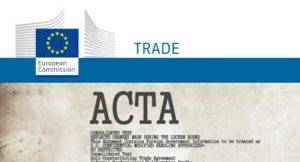 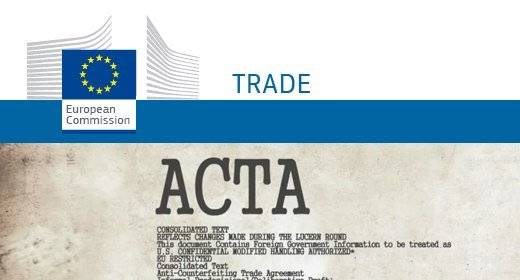 Today, Around the world will take useful initiatives to demonstrate the need to challenge the ‘ ACTA ( Anti Counterfeiting Agreement ) in front of the support that the document is collecting internationally (Italy has already signed the document, pending approval by the European Parliament and subsequently ratified by each EU member countries).

The document issued ( pdf ) to raise attention to the problem points the finger at some of the aspects that intends to challenge the protest:

An agreement negotiated in secret by 39 nations and international organizations to bypass democracy.

A privatization of copyright enforcement that presses the actors of the Internet to monitor our communications and to censor the web.

Criminal sanctions for cultural practices, which target the tools for non-commercial sharing.

The carving in stone 15 years of repressive patterns of the “war against sharing“, preventing the copyright reform which would benefit the public and artists.

The protest raises a specific aim: to oppose the volume of complaints to the ambitions of the European Commission , trying to sink so that a treaty is seen as people’s freedoms. The hesitation of Germany at this time and backward steps taken by Poland and Czechoslovakia have generated a hope in the protagonists of the protest: the worm of the dispute could undermine the certainties of the policy, allowing them to impose a general rethinking. The mother of all battles will be experienced in the European Parliament, where the destinies of ACTA will be played all in a vote. The anti-ACTA intends to present, however, the appointment of a strong representation consistent, useful to spread doubts in the European fold and advise greater caution in the approach to the problem.

Explain Digital Agora, associations between the protagonists of the uprising in Italy:

In less than 24 hours, the people around the world will join in  a global outcry for ACTA bury once and for all .

This week  our petition against ACTA stronger than 2 million signatures triggered an earthquake in Brussels , and we have just heard that  Germany has frozen ACTA  and other governments will follow. ACTA will not survive if Europe say no!