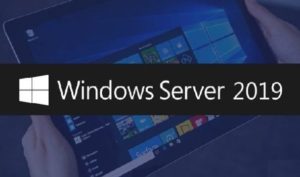 That’s exactly what you just read, Microsoft has announced a new version of its server operating system, formerly called Windows Server 2019, and its release is expected to occur by the end of 2018.

The new version of Windows Server introduces several updates that are likely to please businesses, developers, and IT professionals in general. 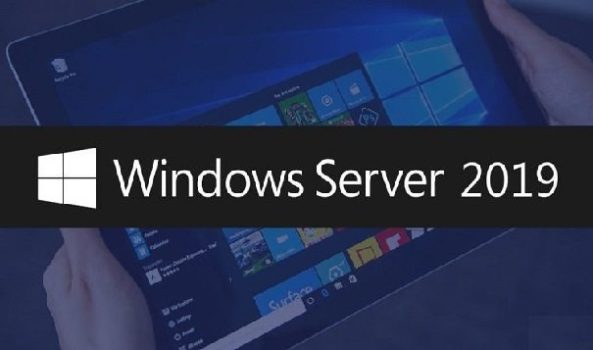 Windows Server has been part of my daily work routine for a few years now, and like most IT professionals, over the years I have been following a number of changes with each new release of Microsoft’s operating system. And in this new version I believe that one of the main changes, is how to update. Now instead of installing Service Packs every 6 months, Windows Server customers now have two major upgrade channels: LTSC where a new version of Windows Server is released every two or three years. So far we have no great news, right? But Microsoft is providing a second upgrade path called the SAC (Semi-Annual Channel) in this new release cadence, we will have two versions of Windows Server per year, one released in the spring and another in the fall.

In this new form of nomenclature the “18” refers to the year and the “03” refers to the month of release. But as expected this is not the only novelty, and we will analyze some of them in the course of this article.

This feature allows VM-to-VM traffic on the same subnet to be automatically encrypted with all of the above protections.

Shielded VMs will now support virtual machines running Linux operating systems. And this is great news as there are many applications and many companies using Linux in their Data Centers. This will enable Windows Server and therefore Azure to be adopted as a hosting and virtualization platform for companies using the private, public, and hybrid cloud.

This feature was introduced in Windows Server 2016 as an additional protection barrier for virtual machines, where VMs were encrypted through BitLocker plus a virtual TPM to ensure that access was performed only through specific servers. In this new release the benefit has been extended to Linux VMs as well.

Windows Admin Center aims to centralize the administration of multiple servers, making it easier to manage IT environments. For example, you can access information such as: Event Viewer, Device Manager, Disk Management, Remote Access, etc. through a browser.

This new service promises to assist in the administration of IT environments, mainly in the following aspects:

Hybrid Features: You can manage instances of Windows Server and Windows 10 from anywhere, including cluster, virtual machines, instances in Azure, etc.

Toolkit: With Windows Admin Center, you can centrally manage all servers and even workstations.

Simple, modern management: Windows Admin Center is a lightweight, browser-based GUI platform, as well as a set of tools for IT administrators to remotely manage Windows Server and Windows 10 machines.

From this release Windows Defender Advanced Protection Threat is built into the Windows Server installation and is very welcome because it provides a layer of preventative protection, whose main purpose is to detect attacks and exploitation of vulnerabilities to the operating system, bringing the ability to detect suspicious activity at the memory and kernel level, providing automatic response to suspicious behavior.

And steadily improving the security of its operating systems, this new version added native protection against the dreaded Ransomwares.

According to Gartner the hyper-convergent infrastructure is a rapidly expanding market trend, expected to reach the $ 5 billion mark as early as 2019. Manufacturers and the technology industry have been talking about hyper-convergence for a number of years .
So in this new version of Windows Server, Microsoft is enhancing performance, reliability and simplifying the deployment and management of hyper-convergent environments.

In Windows Server Summit Microsoft announced many news related to S2D, if you did not follow this event, below I will leave a video of my friend Rafael Bernardes, where he gives an excellent overview on these new features.

So, if you also want to test this new version of Windows Server, Microsoft released the download through the Windows Insider Preview program, which you access by clicking here

Personal these are some news that await us in this new version of Windows Server.

If you have any comments, questions or tips on Windows Server 2019, post in the comments.