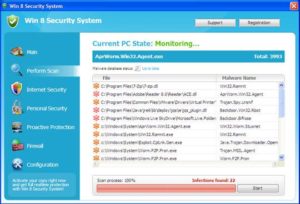 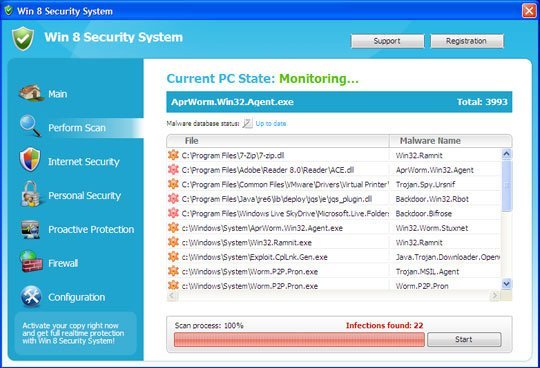 One type of malware that most caught my attention, as always, is software that pretends to be an antivirus. Names such as XP Antivirus, WinFixer WinAntiVirus or certainly more than one sound. And Windows 8, may be faithful to the tradition, could not do without it. Just seven days have passed since the release of Windows 8 until you have appeared trying to infect rogue-ware .

TrendMicro idenetifica it as Troj _FAKEAV.EHM and fake antivirus is identified as, well, as the first antivirus for Windows 8. The behavior is normal for this type of malware: throws lots of warnings saying that your PC is infected well, asking us to pay for the course antivirus “clean threats.” Obviously clean, clean what is said, not much clean .

How can we protect ourselves against these threats? There are basic mechanisms, and use a real antivirus (like Microsoft, Avast, AVG … ), or use an operating system to protect us by other methods (like SmartScreen , present in Windows 8 ). Although the most effective, of course, is common sense and not to download any program that put us ahead .