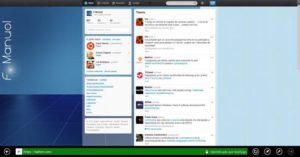 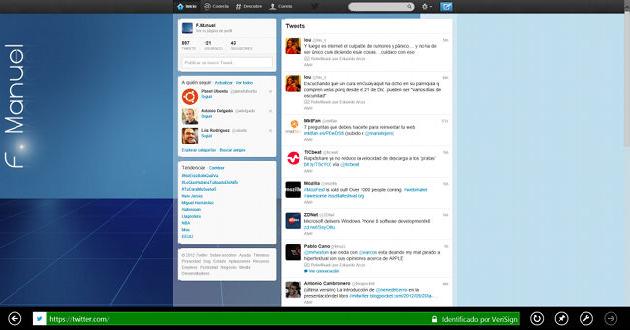 Currently, Twitter has official apps for Android, iPhone, iPad and Mac , but the Mac client has been neglected for a long time. The latter has led many people to speculate that Twitter was giving native clients for desktops, enhancing its Web service.

This announcement indicates otherwise, and whether the company is developing a native client for Windows 8, is likely to Mac OS X client out of its current state of neglect. At this point, with the information available, there is no certainty that the application will be developed with the Modern UI interface or as a simple desktop application, but it would be logical style rub off Windows 8.

Also conceivable how, in the case of adopting the Modern interface UI, Twitter address the consistency of the interface of the client native with the other platforms. Until now, it has done with clients for iOS and Android Twitter client itself is essentially a web within the client window.

Twitter has recently made ??moves to curb the development of third-party clients , in order to better control how users see Twitter. When it announced the change to your API , Twitter said it would have to do a much better job and create their own applications .