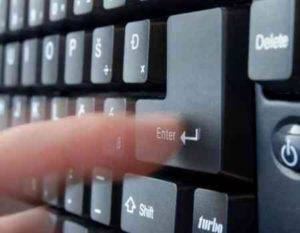 According to the developer and password manager software for data protection SplashData, the second most common password – “123456”. Among other failed passwords that hackers can easily guess: “qwerty”, “iloveyou”, “superman” and “football”.

“Hackers can easily hack many accounts, just turning over popular passwords,”  commented “antireyting” SplashData CEO Morgan Sleyn. “Despite the fact that people recommend to choose a reliable, strong passwords, many still prefer the weak – those that are easy to guess, putting themselves at risk of fraud and identity theft” – he added.

A month ago, the largest social network Facebook said that every day from more than a billion attempts to log in 600 000 committing criminals who are trying to get access to foreign reports, photographs and other personal information.

Experts call to be careful and not use the same password for email, online banking and other online services.A strong password must contain at least eight characters include numbers and letters in upper and lower case letters and special characters such as underscores, dollar or percent.To avoid the risk of fraud and identity theft, experts recommend using a variety of inconsistent and letters, numbers and symbols, and change your password every six months.