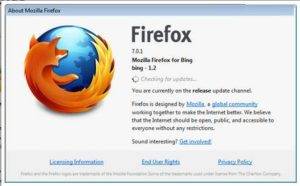 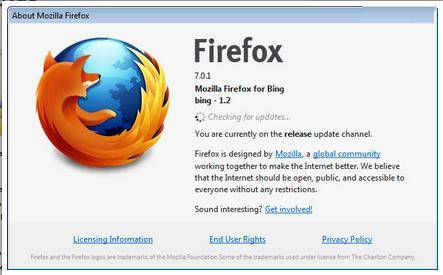 Its name is always Firefox , its logo is always the one depicting a red panda and the company takes care of the development is always the Mozilla Foundation. The only difference is in the name of an appendix that highlights the main change: Firefox with Bing is the new project was born from the collaboration between Mozilla and Microsoft to bring the search engine Redmond aboard the browser.

Firefox with Bing is the new collaboration between the Mozilla Foundation and Microsoft to bring the red panda Bing browser.

By downloading the installation package with Bing Firefox so you can get the same browser in recent years has climbed to the top of the rankings of the Web, but achieved a software that presents as Bing.com homepage and default search engine for the AwesomeBar .With this edition of the browser Mozilla, therefore, you must terminate the relationship with Google that has always been Firefox, trying a new user experience in collaboration with Microsoft.

This is not a new paid, but yet another version of the browser is characterized by an expansion of the partnership with a company other than Mountain View, which will however continue to remain the default choice in the classic version of Firefox. All this, however, may change over time to determine if any changes will be the users themselves, who, with their preferences to the sound of clicking can establish the eventual success or failure of Firefox with Bing.

The partnership between Google and the Mozilla Foundation, for that matter, is standing for a long time and has allowed a number of projects of the foundation to continue their journey due to serious economic funding from Mountain View. A partnership that was created to help the rest of Firefox to nibble market share held by Internet Explorer, Microsoft’s flagship browser, which now also landed on an application in direct competition with his own. A partnership, at the same time challenged by the advance of Chrome and the ability of the Mozilla Foundation to find new partners interested in market share to Firefox as a dowry.

Anything is possible, in short, that Firefox also pass a day or more permanently on the edge Microsoft. Firefox with Bing is a first step, a way of making clear to Google that there are exclusive and that therefore the price for the continuation of the partnership will do the Mozilla Foundation.