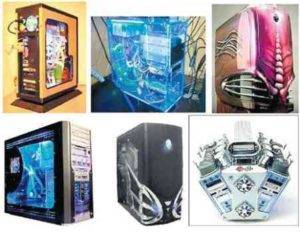 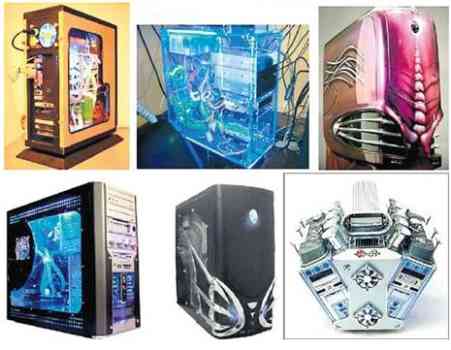 If you are tired of your computer as usual, its dull gray color and its tendency to overheat after a few hours on, you should try the “modding” a new trend that turns inside and outside the machine, giving you more performance and originality in the design.

Some of the samples that were at the event Campus Party Ecuador technology are conventional computers, after some tinkering, get double or triple his speed and RAM.

Moreover, to avoid heat problems, some cars use coolant to cool the equipment.

How to Modify the PC
“The ‘modding’ computers is to customize according to user preferences and give higher yields that are more attractive to the general public,” summed Efe Jimmy Ramirez of the company “modding” NBR Colombia.

“We use automotive coolant because it is a high performance team: consists of a radiator, three fans that cool the water, a small pump that moves the liquid and it helps cool the processor and graphics chip,” said Alejandro Vinasco, the technical enterprise systems OC3 Gamers on the machine that had exposed.

Campus Party also was seen last October all kinds of desktop computers with cover tailored to suit the user, with various prints, slogans and materials, from acrylic to wood.

Computer mice were also breaking with the “look” classic design incorporating ergodinámico but extravagant, a sort of green turtle shell made of acrylic.

Changes are striking, but trifles compared with the ‘Totem’, “a computer of four meters with seven bulldozers,” which appeared in the edition of Campus Party Colombia 2009, Ramirez told.

The “modding” cares so much about performance as the design, in the wake of his brother’s car, the “tuning”.

By the time you do a ‘modding’ of a computer also want it to look that is more visual and attractive to the eye,” said Daniel canvas Mechatronics student at International University Ecuador and fan of the modification of computers.

As he told the young man, on a personal computer increased RAM speed and processing data in order to “harness the hardware without changing it and avoid an expense.” For most cosmetic changes, using a machine called CNC, which works with Linux, capable of precision cutting any material (such as plastic or aluminum) and also recorded on various surfaces according to a preset design using a computer program. These materials and preparations are then coupled to the computer or replace original parts thereof, in order to turn it into something unique.This is an originality that is paid, as the teams that made ??the Colombian NBR cost at least 2,000 to $ 2.500, and construction takes about month and half months, Ramirez said. It is a lower rate than in other larger companies that charge “of seven thousand dollars and up,” said computer scientist, who explained that in this emerging market is not yet much competition.

Be Aware,Tablet PC Pose a Risk to Human Health

Most Popular Advertising Trends of the Year – Video

Samsung Puts the Arrow Passing on Nokia and Apple