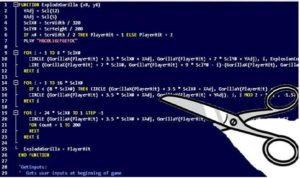 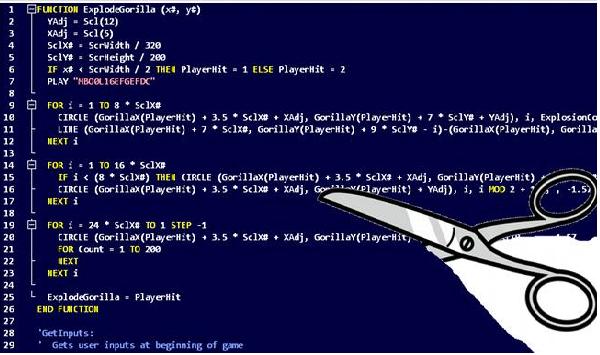 In early 1982, Apple had a great hurry to get the Lisa , so I decided to give a boost to your developers and came up with some enlightened measure their progress based on the number of lines of code produced weekly.

Bill Atkinson , author of Quickdraw and chief interface designer for Lisa, was a critic of this metric, thinking that a program should be as small and fast as possible , and that this measure would favor the appearance of swollen and sloppy code with sole purpose of appearing to have worked more.Indeed, Atkinson was optimizing the calculation engine Quickdraw regions, which helped improve efficiency until it 6 times faster. The best part is that this optimization also brought with it a reduction in program size 2000 lines of code. So without thinking twice, at the end of the week measured productivity in lines -2000 . A little later, they stopped demanding that report.

This true story confirms something that most programmers know that the senior management usually cost them understand: our work is not quantifiable as the number of loaves of bread to make a baker or put a brick mason. The work of a programmer must be measured in effectiveness and efficiency, and measure lines of code can be so absurd as to measure the work of a doctor by the number of prescriptions issued in place of the quality of life of patients.

But do not want to lend a ember of our sardine and believe us it is normal to expect a programmer to generate 5 lines of code per day. There will be days to write hundreds of lines, days when you just do design or analysis and do not type, and days, as did Atkinson, improve efficiency or readability of a program by reducing its number of lines of code .