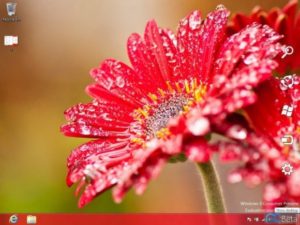 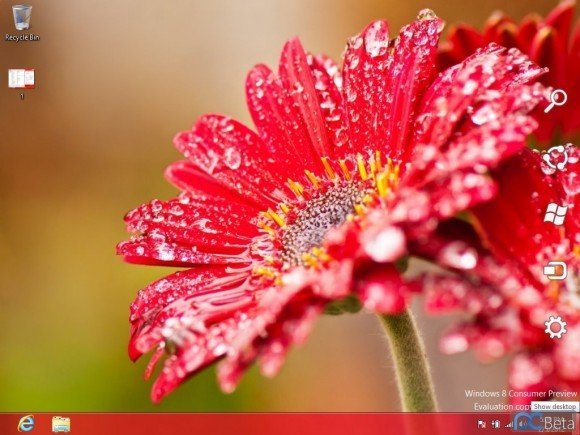 It was the symbol of Microsoft operating systems, in which he lived for over 15 years, since it was built into Windows 95. The Start button will no longer exist in Windows 8 , as well as the corresponding menu allowing quick access to applications installed. The news comes with the Consumer Preview , expected by the end of the month.

The Developer Preview distributed in September 2011 reflected a desktop interface changes have profound. The Start button and the Start Menu button had been replaced by a flat “Metro style” which gave access to four items (Search, Share, Devices, and Settings), while applications could be found by typing their name on the headboard. In build 6.2.8220, that identifies the Consumer Preview Windows 8 (the new name of the beta version), the Super Bar was introduced with Windows 7 will become a simple dock for shortcuts to the desktop.

The feature now accessible by clicking on the ball with the Windows symbol will not disappear entirely. According to reports published by The Verge and received by some people close to the development team, in the lower left corner of the Super Bar has received a popup menu that appears to hover in the Metro, which is in desktop mode. A thumbnail will appear on which you must click to switch from desktop to Metro and vice versa.

Some people used to use the Start button hoping that Microsoft revoke this decision, but at this point, the decision seems irreversible. It is probable that after the launch of Windows 8 carries some independent developer a tool to restore the old interface of Windows 7 desktop. Pending the Consumer Preview, the Redmond company has already prepared a wallpaper for Bing with four links that allow you to get information on the upcoming release of Windows 8.