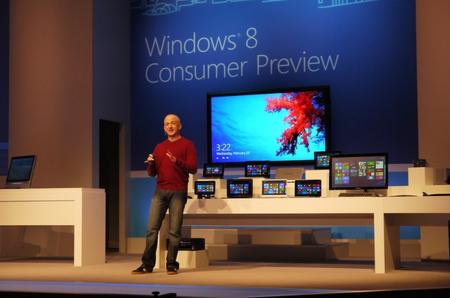 Microsoft on February 28, lauched the Consumer Preview of its next-generation operataing system Windows 8. Microsoft has made over 10,000 changes in the Windows 8 Consumer Preview and the company has saw over 1 million downloads in just one day of releasing the OS.

If you have not installed the OS, or if you already have it running, the folling features will sure come handy.

The first one lets you access to system-management tools with just click of a mouse – if you move the mouse pointer in the lower left corner and click, you go straight to the Start screen. And, if you move the mouse pointer to the extreme lower left corner and then right-click – you get a menu, packed with power shortcuts, that works from any Metro app, from Start, or from the Windows desktop. 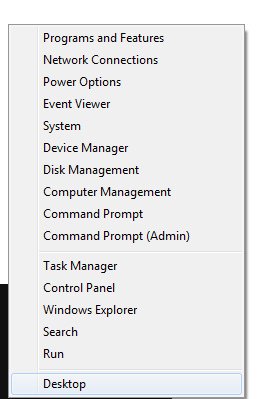 Also, you can still use Windows key + X shortcut.

Another welcome feature in the Windows 8 Consumer Preview allows people to capture a screenshot directly for the first time in Windows history.

To take a screenshot in Windows 8 Consumer Preview, just press Windows key and the PrtScr key at the same time. The keyboard shortcut then copies the current screen and saves it as a PNG file in the default Pictures folder. Each save file has a generic name labled as Screenshot, followed by a sequential number, revealed Ed Bott.

In older versions of Windows, users could take a screenshot by hitting the PrtScr, which then saves it to the Clipboard.

Also, another cool trick of Windows 8 includes a “Refresh option,” which you can use to restore your system to an earlier point, without wiping out your data files. By default, the refresh image is the clean install that your PC started with. But you might prefer to roll back to a different state–after you’ve set up your favorite programs and tweaked them to your liking, for example.

To create a custom refresh image, you can use Windows 8’s “Recimg” command line utility that lets you create an image that includes Windows desktop programs and settings as well as all Windows system files in their current state.

The file it creates is a Windows Installer image. On a clean installation of Windows 8 Consumer Preview, it occupied less than 7GB.

Note, It doesn’t include Metro style apps or synced settings, which are restored when you log in with a Microsoft account.

To create a custom refresh image, open an administrative Command Prompt window (it’s an option on the power menu when you right-click in the lower left corner), and enter this command: recimg /createimage directory (where directory is the local folder in which you want to install the image),” Bott explains.

And, to enable Windows 8’s backup tool now called “File History” — just press Windows key + W and then type File History in the search box. Click or tap the File History shortcut. You can explore the options for yourself (I’ll have more details in the next update to my Windows 8 book).