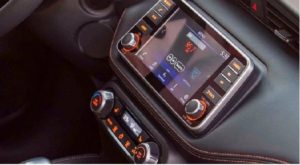 Google is partnering with Renault-Nissan-Mitsubishi to bring Android-based infotainment systems into millions of cars. The Tomtom share crashed after announcement by 30 percent.

Google is working with the Renault-Nissan-Mitsubishi Alliance to integrate Android into vehicles. The largest car alliance in the world, measured by car sales, wants to bring Android-based infotainment systems into millions of cars, the Wall Street Journal first reported. The infotainment system should come to the market according to the press release 2021.

So far, the manufacturers offered only Android Auto and thus a so-called mirroring technique, in which a custom interface and some apps could be displayed on the car display and operated on it. Apple also has such a solution with Carplay. The new plans go beyond: Google Maps, Google Assistant and Google Play Store are to come in the car and provided with vehicle diagnostic services and online updates. Each manufacturer of the alliance can create its own interface.

The agreement has a big impact on the market. According to the WSJ, the Renault-Nissan-Mitsubishi alliance sold a total of 5.5 million vehicles in the first half of 2018 alone, more than Volkswagen and Toyota.

A spokesperson for the Manufacturers Association told Techcrunch that the reason for partnering with Google was that many customers had become used to using Google Maps and other apps – rather than relying on car-developed or licensed software in cars.

However, there are already some automakers offering Google services independent of Android Auto. This enables Audi drivers to use and navigate Google Earth with Audi Connect . Also, Volvo is working with Google on the integration of voice-controlled Google Assistant and other services like Google Play Store and Google Maps in the next generation of Volvo Sensus system operation.

In doing so, navigation device manufacturers are left out. The share price of Tomtom fell shortly after the announcement of the news . The shares were 30 percent below the value of the previous day.