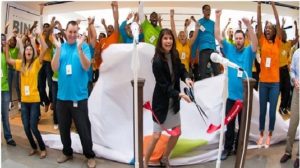 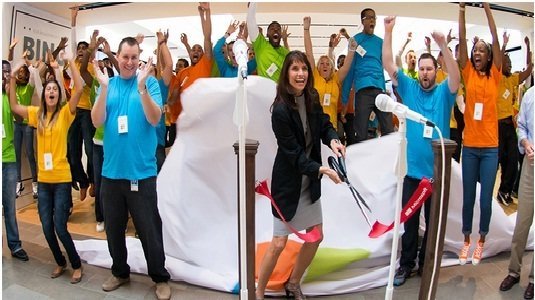 It is clear that during this year, Microsoft has made a number of dramatic changes throughout its operational software and also giving a boost to its hardware division .

If we focus on the Microsoft software, particularly in the Windows ecosystem , recent changes would be just the beginning. Throughout the year we have seen the company get, unifying all that is called Windows ecosystem. The main objective of this ecosystem is to have the most important products interlocked so as if they were one.

One of the most important structural developments that we have seen over Windows 8 and  the reduction in the number of different product versions from the six (that had Windows 7) to three  versions on Windows 8 which allows consumers to choose the product that best suits he/She needs. Provide Different version to Different industry professionals through a standard version and ending with the RT version for ARM devices.

This reform will also be present in the next version of Office  which will feature  four editions distinct, one for students, one for business, one for professionals and another exclusively for ARM devices .

In my opinion, the key to the future of Windows has been from the beginning in Windows Phone 7 .With this release, Microsoft pulled a million consumers to more than known modern interface , which is the most important pillar in unifying Windows ecosystem products.

Moreover, if you look at the life cycle of Windows Phone, we can see that is quite similar to that used by companies like Apple  in their iOS products.

If evolution continues along this route should not be surprised at all the news that reveals the arrival in 2013 of a new version of Windows would receive important updates annually at reduced cost.

What Windows division achieved with this? For as Apple has been doing for years, modify the product life cycle to be closer to consumers over time.

If confirmed officially information in the future, consumers should not expect Windows one life cycle of 3 years to get a new version of the operating system, but it may receive through a large annual update .

This would not be unfamiliar territory for Microsoft, as mentioned before, the life cycle of Windows Phone is based precisely on the arrival of a large major update each year. With these updates we have seen that the mobile system grew last two years , until the recent arrival of Windows Phone 8 .

With this type of life cycle, Microsoft would ensure a gradual transition and light in future versions of Windows, without having to be as groundbreaking as has been the change in Windows 7 to Windows 8 for many consumers and companies.

In the hardware part is possibly where Microsoft realize the biggest change in its history next year. But make no mistake, Microsoft is not new to the world of hardware , the division takes a tour of more than 30 years of life .

Products as high quality peripherals, Microsoft PixelSense, Xbox 360 , the most used console in the world, or Kinect , the revolutionary device that is able to capture all of our movements, are some of his works.

You may be thinking all the new Microsoft Surface , and no wonder, this product is not only a high quality hardware created by Microsoft, its real importance is that it is the weapon with which the company has introduced to the world of tablets .

But … Could Surface, just as it is in the Windows Phone software, the key to Microsoft at the hardware level?

If we look at the latest rumors from different reliable Resources sources, the next step for Microsoft in hardware would be creating its own smarthpone . At first glance,  Microsoft Surface Phone , sounds pretty good and would be the product that Microsoft would enter the market of mobile devices at the hardware level.

Finally, we can not forget the next platform entertainment company, whose arrival in the Christmas of 2013 is likely to be announced at the next E3 .

The new generation of entertainment could come divided into two branches, first complete the new Xbox console, and on the other the rumored Xbox Microsoft Surface , a portable console that would allow Microsoft to compete with Wii U and PS Vita .

This would be in my point of view, the future that could accompany Microsoft next year. As you can see the three main pillars of the company would be the unified through all its products and The change in the life cycle of Windows is opening a new market in the hardware/Software level technologies.