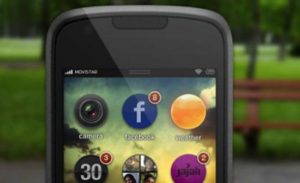 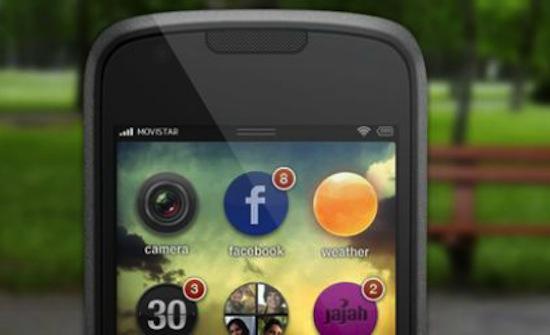 One of the surprises of the last Mobile World Congress in February was Open Web Device , a way to understand an operating system with a web-based architecture that emerged from two initiatives that had joined after starting separately, the of Movistar and the Mozilla , Boot2gecko .

What is? For those who still walk a little confused, the idea is simple at the same time promising: harnessing the power of the web and the possibilities of HTML5, the phone runs applications through them in a browser (the user does not perceive as such, but as an application, a webapp ) on an operating system completely focused on internet. And yes, it is something like what Facebook did recently with their iOS application, only without the limitations imposed absurd Apple to webapps (can not use Nitro Javascript engine, which comes with Safari Mobile) and without the Performance problems derivatives thereof.

While the Mobile just passed the prototype stage, we met with Carlos Domingo , CEO of Telefonica I + D in Spain, to see all the news, features and details with Firefox OS counts. After Windows Phone , which has not taken off all that we want and the future launch of BlackBerry OS 10 (hopefully not quite late), what seems clear is that to break into the competitive world of systems Mobile operating not far from an easy task.

Where Telefonica wants to point however is the niche of low cost smartphones. A Firefox OS phone would not exceed € 80 and would be aimed at emerging markets where smartphone usage share is not high. It is a market that, indeed, so far is dominated almost entirely by Android , with some honourable mentions as the Nokia Lumia 710.

And is that a good segment of users, far from a high-end iPhone or one of the last of the series Galaxy what you want is a simple terminal at the same time versatile with internet connection and access to social networks.Precisely, on social issues, since February have joined new partners to the project, most notably Twitter and Facebook that will have a great integration to the length and width of Firefox OS.

For example, the entire address book is synchronized with our Facebook contacts, and if they have made ??their phone number available for friends can call them directly from there. Other companies that have joined the Open Web Device are Deutsche Telekom, Sprint, Telecom Italia and Telenor Group -side carriers and Qualcomm, ZTE TLC and by the side of the manufacturers.

Qualcomm was precisely the terminal we were testing with Firefox OS and really hard to believe that all these applications are running on the web. Twitter, Facebook or a similar game developed in HTML5 Tower Blocks opened, executed and functioned more like a native application. Shows the appearance of an operating system like iOS or Android, with applications in a grid and put closure multitasking applications inevitably recalls that of WebOS, sliding them up.

There is, though, a system that is far from finished. So far its leaders have focused on trying to implement all the functions to turn now to the polishing phase and improves system performance. All indications are that the release date will be in the upcoming Mobile World Congress in February in Barcelona.

Telefonica has undertaken to optimize all the UI and performance on par with other APIs implemented, such as a Payment API, which allows the purchase of applications occurs through the bill , either by making a office in the same or removing balance.

It is a vital part of the whole system because precisely for Android is one of the big problems, paid applications on Google Play to just get benefits for its users as it is a barrier meter data credit card. Thus, the payment would be made by applications transparently to the user and with the same billing information already used to pay your phone line.

The other APIs that pass Telefonica has implemented to improve the network connection and the same resources and the notification centre  reducing the delay in receiving the same and battery consumption. For January 2013 we expect the first sale of a terminal in Brazil and at the Mobile World Congress 2013 will likely see the final release . Firefox OS seems to promise much, but if you come to the expectations of its leaders (1% of market share after the first year), is something that remains to be seen.