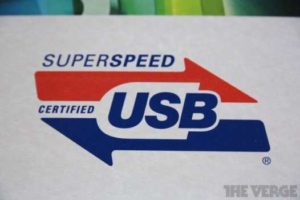 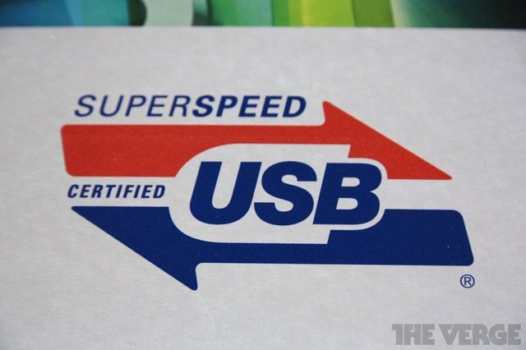 At CES 2013,  an update to the USB 3.0 specification will double the speed of 5 to 10 Gb / s.According to plans, the USB 3.0 Promoter Group has announced that you do not need any new connectors, protocols and drivers. Even though from a backward compatibility with previous USB 3.0 devices and hubs are mentioned, there is the full transfer rate safely concluded only when all parties dominate the new transmission mode. However, the recent super-speed cables are certified for 5, but not for 10 Gb / s.

How much data the new USB mode will dig in practice or not is still unclear, as it is also an improved coding data are used. If we still high based on our measurements using SuperSpeed, could of the 10 Gb / s something over 800 MB / s transfer rate remain usable. That would be more than currently possible via SATA 6G 600 Mbytes / s By comparison, New SATA 6G SSDs provide up to 550 MB / s Such USB update Thunderbolt should still continue to push into the high-end niche. However, for Thunderbolt is already speculation about a rate doubling.

Yet all this is the future, because once beginning 7 February with the “10 Gbps SuperSpeed USB Industry Review Conference,” a 45-day review time . This allows registered developers comment on the draft (0.7) of the specification update. Expects the first devices with USB 3.0 Promoters Group towards the end of 2014, but with a greater distribution until 2015.

Apart from the usually lengthy standardization process but it should also give technical reasons: In order for a PC that can fully exploit data rate it is currently required to the host controller with at least two and not tie up as usual with a PCIe 2.0 lane. Is therefore likely that the new USB speed is only traversed when dominate the Intel chipset PCIe 3.0 – which so far can only be provided for the graphics card ports of Intel CPUs. AMD systems are completely missing PCIe 3.0

Cydia: Use your Pendrive USB Devices as if they were with roqyUSB

World’s Most Expensive USB With Diamonds