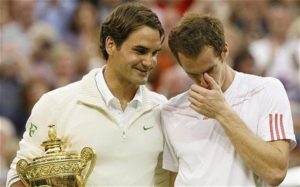 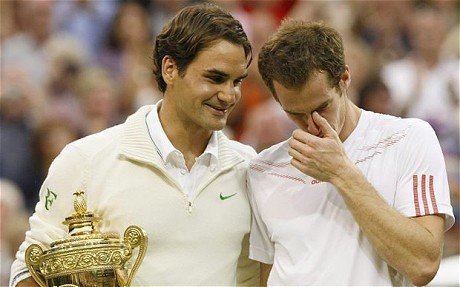 LONDON: Roger Federer won the third set of the Wimbledon final on Sunday to move 4-6, 7-5, 6-3 ahead of Andy Murray.

Murray, seeking to become the first British man to win the Wimbledon title for 76 years, made a fast start and broke the six-time champion’s serve in the opening game of the match but the Swiss broke back to level at 2-2.

Federer mixed up his game to increase the pressure on Murray but the fourth seed dug in and conjured up his second service break in the ninth game before serving out to seal the set in just under an hour.

The second set went with serve and Murray generally held the upper hand but 16-time Grand Slam champion Federer suddenly found inspired form in the 12th game and broke his opponent to level the match.

Rain halted the match at 1-1 in the third set and it resumed after a 40-minute delay under the closed roof on Centre Court.

The set hinged on a marathon sixth game in which Murray slipped over three times and Federer converted his sixth break point to open up a 4-2 lead.

The Swiss, increasingly dominating the rallies as the match wore, clinched the set with an ace to move within touching distance of the title.