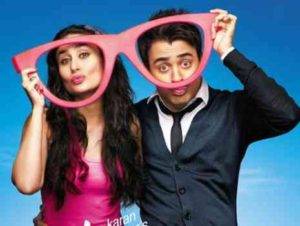 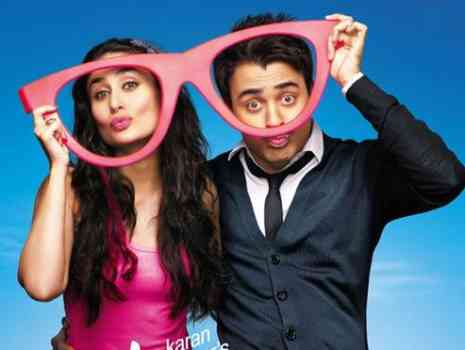 Imran Khan and Kareena Kapoor starrer ‘Ek Main Aur Ekk Tu‘  is the movie  in which  they both actors first time ever in the silver screen will be seen together . The  director of Ek Main Aur Ekk Tu is  Shakun Batra  who is a newcomer  and  producer of the movie is  Karan Johar.

Rahul Kapoor (Imran Khan), 26, who work as an architect in Vegas suddenly loses his job . Rahul decides to hide the truth to his parents and find another job but  by a twist of  fate, he meets Raina Braganza (Kareena) who is a hairstylist and she is  everything what he is not, the story will become intersting when they meet on Christmas Eve where they drunk too much and  when  wake up they  discover that they  have gotten married .

They both decide to get divorce as soon as possible so they  get an appointment from the court in ten days. In these  next ten days they share there  arguments, moments and laughs and there ralashion turn into friendship . Will this friendship turn in love?

It was rumored that the plot of this movie  is an adaptation of  Cameron Diaz and Ashton Kutcher starer Hollywood film “What Happens in Vegas“. However, Karan Johar had denied it.Watch the  first Trailer of Upcoming Movie “Ek Main Aur Ekk Tu” and decide how they both look together ?

In this movie also seen Boman Irani and Kareena’s father Randhir Kapoor .It might be hit the theaters at 10th February 2012 .