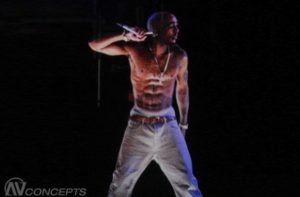 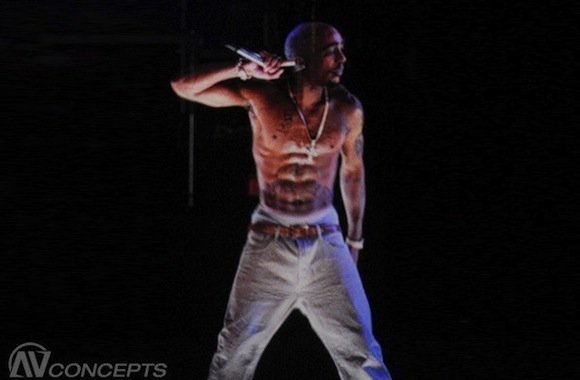 A very interesting recurrence did Tupac Shakur on the stage of Coachella music festival in the form of hologram performing songs Hail Mary and Amerikaz Most Wanted on the side of Snoop Dogg and Dr.Dre.

The promoters behind it was the AV Concepts, which collaborated with Dr. Dre to bring back to life by Tupac. H is the concept himself Dre and effects created by a Hollywood company Digital Domain, which is responsible among other things, the effects in the movies  The Curious Case of Benjamin Button, TRON: Legacy, X-Men: First Class and The Girl with the Dragon Tattoo.

The design of the hologram and took several months to complete the other about four months. Not revealed the exact cost of production but is said that a similar project would cost between $ 100,000 and $ 400,000 (!)